by Madeleine Champagne and Anne Darche, published in INTÉRIEURS 45, FALL 2008 and updated in 2021 for INT. design (in blue). We also added testimonies of peers given to Alain Moureaux when awarded the 2009 GRANDS PRIX DU DESIGN Tribute Award.

ONCE UPON A TIME

Once upon a time, in Belgium, there was a watchmaker/jeweller so meticulous and precise that he could stop sweating during his task so as not to oxidize his work. His name was Robert. He was Alain Moureaux’s father.

As an adult, Alain simply cannot walk past a jewelry store without stopping, even for a moment… ONE DAY IN SCHOOL

Young Moureaux, intelligent, hyperactive, “my parents did not know the existence of Ritalin,” he says with a chuckle, and raised with strict rules is placed early on in a boarding school. Against all odds … he LOVES it! And will finish his studies, still a boarder, with the Chtis. Alain will go on to study at St-Luc in Tournai, an utopian school like many dream of! Architecture, design, art printing, cabinet making, radio, television and photography … inspiring!

That’s where a teacher of him will tell him”Alain, you may be limited in creation, but you will be a great artistic director”. Years later, Alain, co-founder of the firm Moureaux Hauspy + Associés, now a partnering firm of Provencher_Roy Interior Design, states very frankly and humbly, “Teamwork before all … we wouldn’t have been as successful without my accomplice Georges.” EMBARKING ON THE ADVENTURE…
ALAIN, GEORGES, MARTINE PLUS ONE

Interior design diploma in hand, 4 friends from the same cohort (including Georges Hauspy with whom he would build his design firm and Martine the adored girlfriend whom he would marry) sailed off to Canada. From the Strait of Belle Isle via Québec, they got up the river towards Montréal, arriving at dawn. Amazed by the beauty of the river, by Québec, by the light. Shock in front of the little house on rue Papineau with its outdoor staircase and the next day, a visit was due to Bonaventure … the “modern” complex of the time. It was July 14, 1969, and life was good! Alain, on the boat to Montreal, two passengers, Alain and Georges July 1969 THE SCHOOL OF KNOLL

Discipline (always), aesthetics, finishes … this is what he learned tenfold at Knoll, his first employer. Often as an exclamation mark. “It’s a color that gives depth, I like a bold red, MG red or Ferrari red.” “Cobalt blue that fades a bit” … and ottomans, again for Knoll! “I would have lunch, dinner, supper there if I could!” “It still remains, THE address in town!” “We criticize him too easily. It would be a disarray to destroy it.”

THE CHALLENGE OF THE EPHEMERAL

These principles and ideas are deeply engraved in him. Interior design is the challenge of the ephemeral. Everything remains and the decor disappears. Design is the art of being simple. The decor should correspond to an extraordinary image. The job of an interior designer consists of listening … and teamwork is essential.

On the occasion of the 40th anniversary of the Faculty of Planning at the University of Montreal, Moureaux shared his vision of the designer’s work in today’s society … the challenge, which he calls, of ephemeral.

Unilateral projects. “When a single group of architects from elsewhere fly in and create an entire village, something more artificial results. Montreal is about diversity. »

Major law, accounting or engineering firms—you know, those projects where class, finish and perfection are required, he’s done them all! You name them; they had their offices designed by Moureaux Hauspy and his team. It’s a good school, tough, but fair.

Alain adds laughing “All of my most skillful competitors have worked with me at one time or another.” “We develop critical thinking, we look for mistakes, we seek perfection!” Five years after the arrival of Alain and Georges in Quebec, at the Papineau Gérin-Lajoie Le Blanc architectes agency in Montreal, Claude Provencher and Michel Roy meet in 1974. In 1983, they founded Provencher Roy et Associés architects. In 2005, the agency acquired a 50% stake in Moureaux Hauspy et Associés Designers, which became a preferred partner in interior design. Since then, major projects have followed one another and Alain has recently been able to sink into a well-deserved retirement SO YOU THINK YOU CAN RUN?

Alain Moureaux travels 100 kilometres per week, every week of the year. He used to come and go from work almost every day. He ran his 43rd marathon… His running shoe? New Balances in fluorescent orange, always the lightest model possible.

And all that, with a smile and laughing eyes, trademark Moureaux! Alain and Fabienne, finishing the Niagara Marathon in 2000

In 1986 with members of the SDIQ (Society of interior designers of Quebec) Moureaux founded FERDIE. “We were keen to increase the level of education in interior design in Quebec in order to adequately meet the new demands of this profession.” Since its creation in 1986, the majority of FERDIE’s activities have been oriented towards the implementation place of an undergraduate program in interior design at the Faculty of Planning of the University of Montreal. In 2001, the “FERDIE Fund for interior design” was created. More than forty creators have benefited from it.

THE URBAN MONK AND THE OTHERS

In 2006, the INTÉRIEURS | FERDIE PRIZES were created, now the GRANDS PRIX DU DESIGN, in its 14th edition and its first worldwide. “Originally, the awards were aimed at designers from all disciplines and architects from Quebec, working in all fields of interior design practice, for their projects carried out here or abroad.”

Faithful collaborator Alain has always been an ambassador for the GRANDS PRIX DU DESIGN, having actively participated in the discussions surrounding its global expansion this year, stepping out of retirement to better the profession, once again!

From the country where “the sky is gray so gray that ducks get lost”, sang Jacques Brel, to Quebec, “my country is not my country it’s Winter”, according to Gilles Vigneault, Alain Moureaux gave to the design of here strong and elegant bases. A true Quebec pioneer landmark in interior design, Alain has dedicated his life to promoting the profession with generosity and determination.

“Alain is the nicest and most courteous person and, as such, working with him is a treat. in addition, he is a superb professional with a true talent for analysis and a remarkable mastery of proportion and space.”

“He is totally result-oriented; once he has committed to something, it must be a success. but generosity is the most striking quality in Alain. He has entirely devoted himself to the cause of interior design in quebec by pushing for the creation of a university program, and by developing the FERDIE foundation.” 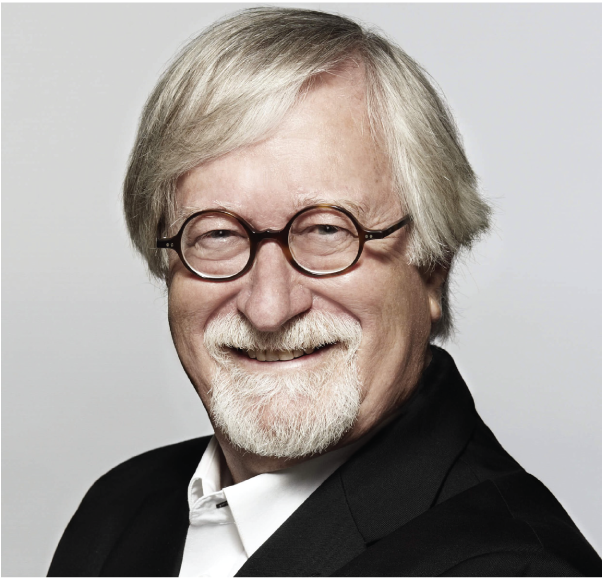 “He even trained, within his team, young designers who eventually became competitors! you can always rely on Alain, he knows how to listen and welcomes everyone with a smile. He is a good scout!” 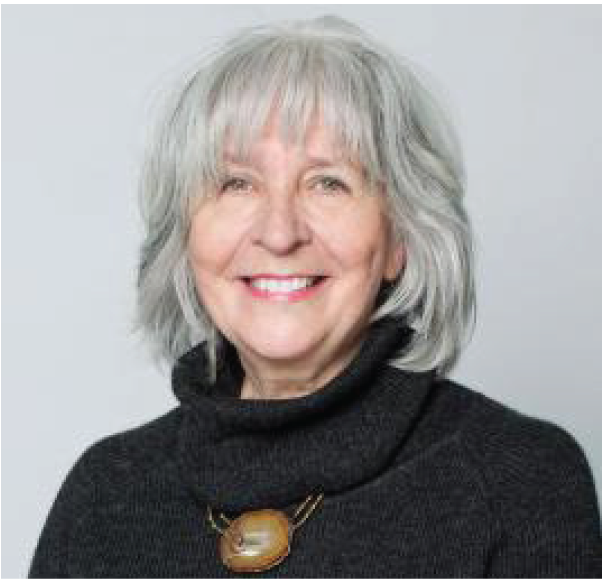 “I met with Alain professionally when I was the head of the faculté de l’aménagement. There already existed an undergraduate program in interior design, in great part thanks to Alain’s efforts. He has always actively promoted the profession of an interior designer, treating it as being on par with the other specialties in design.”

“I saw him do a lot of volunteer work with students, professionals, the public, and of course FERDIE. He is very dynamic, eloquent and funny, while never compromising his professionalism. Working with him is always a joy.”

“When we did our funding campaign in 2000, he very willingly agreed to approach professionals to come up with grants and on-site training opportunities. The man is very generous, and this includes of his talents.” 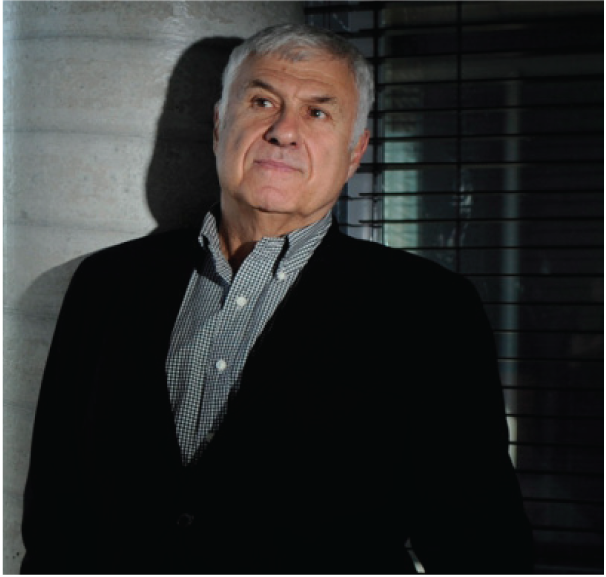 “With the predilection for appearances and glitter in society today, professionals both as honest and reliable as Alain are a rare sight.”

“It is reassuring to see someone with high principles like him. He has helped many because it is just in his nature, and he is always there for other people. You can always rely on him. And he does everything to the end—including running the marathon.”

“As a professional, he has the precious ability to distinguish between the artist’s emotions and the realism a designer needs to manifest. One is facing more and more client requirements in our professions: effective responses to these demands a true talent, and Alain has that talent.” 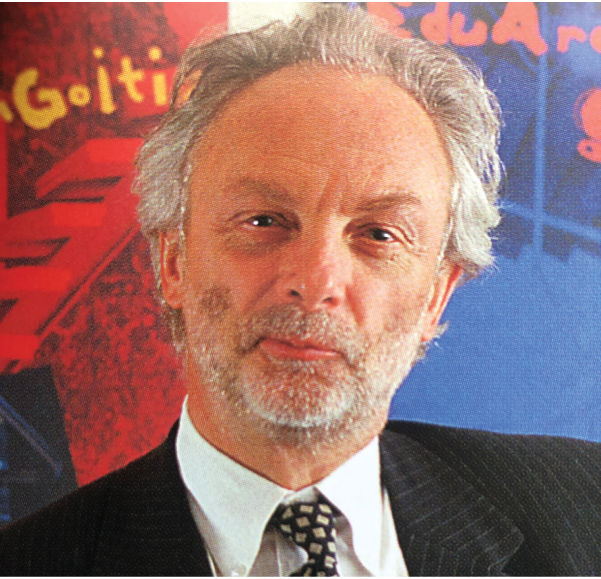 “Alain and I are like an old couple. We have learned to know one another and understand each other without words. The rest quality that comes to my mind about him is his perseverance. He has always stood by his beliefs and followed them to the end.”

“We met in 1963, when we were both studying in Europe. At the time, education in design included all kinds of subjects, including sports. I remember us doing 10 kilometre runs; even there and then, he wanted to be the best. And he has not changed since.”

“I have long stopped running since… Meanwhile he still runs 42 kilometre marathons like a 20-year old! This guy is phenomenal. He leads the life of a young man without worrying about the future, with generosity and determination.”