A LIFETIME’S WORK
It was his love for the beautiful, the practical and the well-done that made his so easily and seamlessly devote his life to design and teaching, to say as little often as possible:

Those who knew him, can hear him say this! 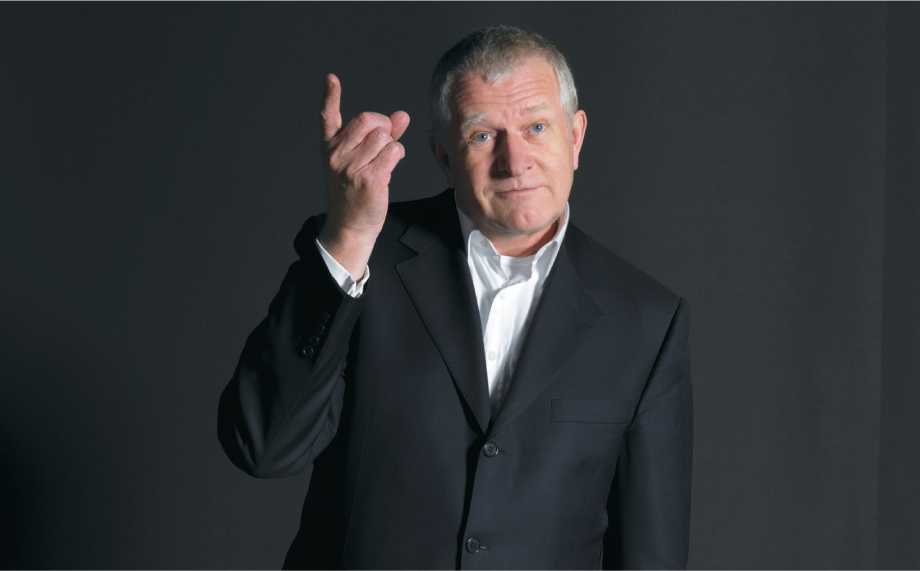 GOD AND NOTHING LESS
When asked if he were to relive his life, would he do things differently, he bluntly replies, ‘Not a chance… I’d do everything the same!’. Then laughing, he added, ‘I might perhaps be God if God existed so that everything would be harmonious, pleasant and perfect.’

So, dear Metz, does God exist? And are you now in his inner circle, advising him on the harmonious, pleasant and perfect? We sure hope so!

AN URBAN LEGEND
Rumours were he used to burn students’ less-than-impressive work?!! Not true, of course! Metz was known as a strict, rigorous teacher but that’s precisely why talented design students swore by him. He demanded the best and his highly prepared classes were nothing short of performances. 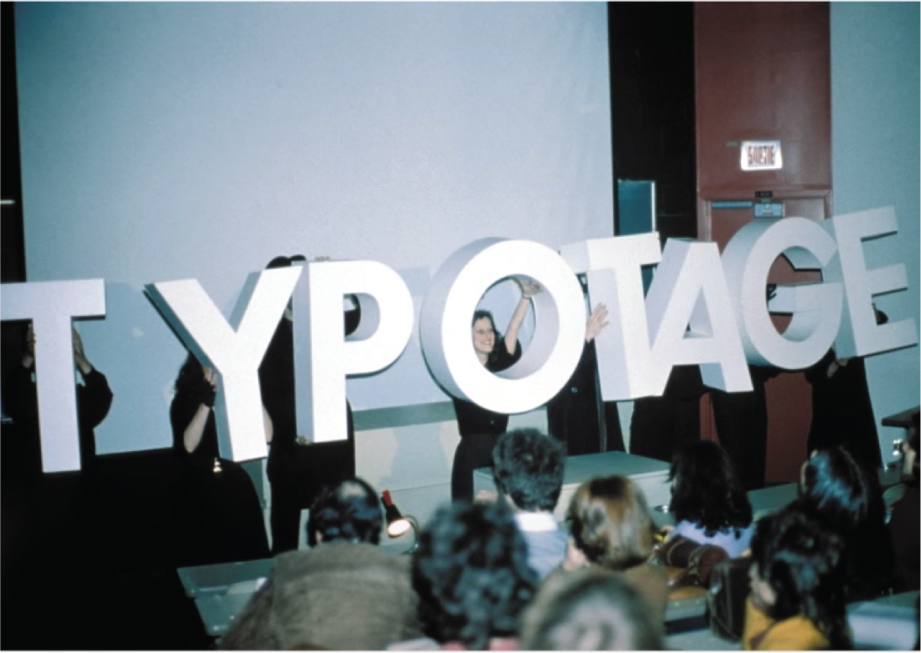 TEACHING UNDER HIS SKIN
For a very long time, since 1977 to be more accurate, Metz was a beloved teacher at the Université du Québec à Montréal. Director of the graphic design program on three occasions and over a 25-year period, he became a prominent Québécois figure in graphic design and a personality of international stature. He was director of the UQÀM Design Center for five years, of which he is also a founding member, and he was the co-founder of the École Supérieure de Mode.

RECOGNIZABLE A MILE AWAY
In 2009, he was named the best teacher of all teachers in Québec and won the lifetime achievement award of excellence for his teaching career at the Université du Québec à Montréal, which he, incidentally:

a) designed the UQÀM logo, still modern and current today. It was Metz who insisted on the grave accent preserved on the A. A gesture first contested in 1997 and later seen as a symbol of pride and a mark of distinction. 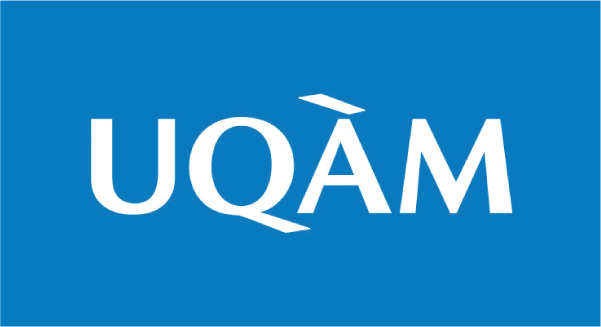 b) Of all the logos he drew, the one he said he was most proud of was the UQÀM one! 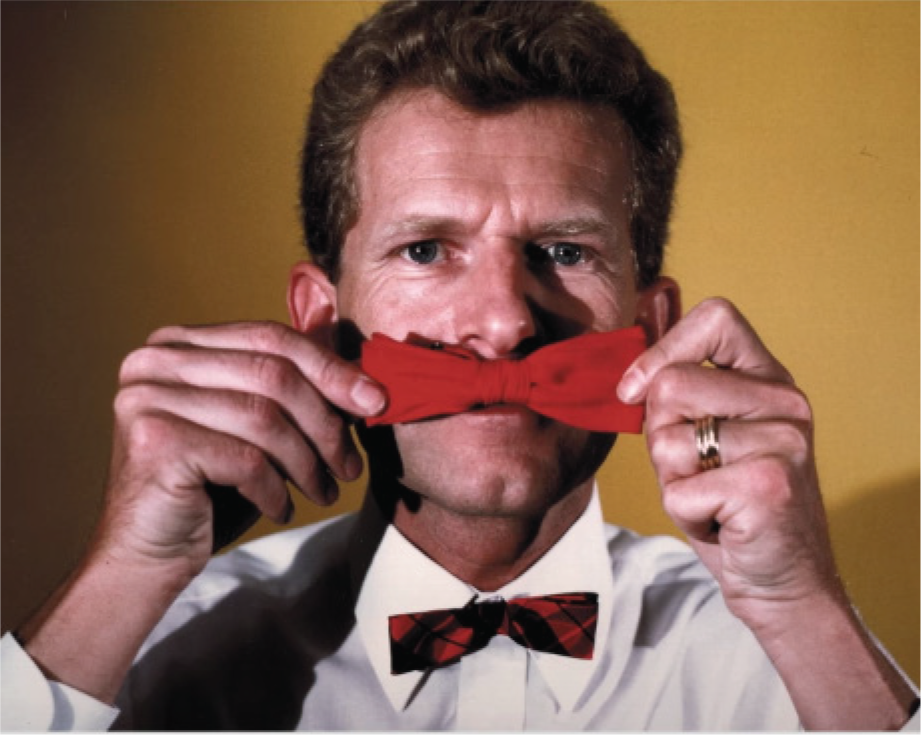 THE TRUTH AND NOTHING BUT THE TRUTH
A distinctive look, a distinctive voice and undiluted opinions on just about any subject related (or not) to design. This guy did not do bland. The media loved his razor-sharp, take-no-prisoners sound bites, as did we. “I’m too honest (some would say straight-forward) to be a lawyer or a diplomat.” Ouch.

Brutally true… but could we handle the truth?!

IT ALL STARTED IN SWITZERLAND WITH A CHERRY PIE
Lenette, his beloved aunty who lived on a farm and was decidedly unconventional – she loved reading rather than cleaning, for example – made wonderful pies for her favorite nephew. In this gesture, that was reminiscent of Proust’s Madeleine, she was telling him, in her way: ‘be yourself and no one else’.

SMALL SCALE MODELS
Young Frédéric was fascinated with the small-scale models that were developed as references for the parade floats of Le Cortège de la fête des vendanges—a major annual event in his hometown of Neuchâtel. After spending hours observing these small maquettes up close and personal, he would go home to create his own out of shoeboxes.

OF COURSE, HE CAME WITH EXPO67
Host city of the 1967 Universal Exhibition, Montréal welcomed the whole world that year … including a handsome Swiss lad, full of promise and a graphic designer diploma in hand. Metz did not twiddle his thumbs for long. His career as a graphic designer began rapidly and contracts grew, awarded with prestigious accolades and prizes over time. 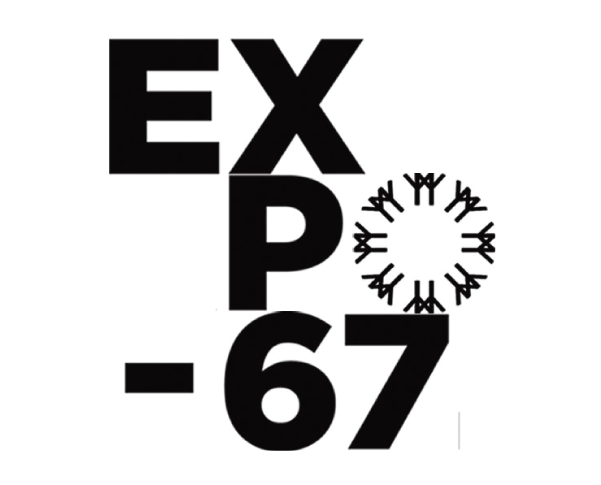 DARING ACTIONS IN GRAPHIC DESIGN
Metz is the one who, employed by Guillon Designers (now GSM Project), developed the graphic concepts for the Mirabel Montreal Airport.
Metz again: The Méridien and the restaurant imagery of the Royal Bank Plaza in Toronto.
Still Metz: The logo of the Montreal Museum of Decorative Arts and that of Oscar de la Renta, excuse us, your Highness! 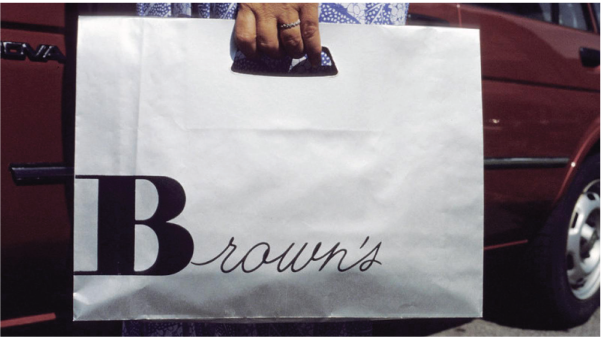 Always Metz: The black logo combination on a metallic background of the Browns shoes. Since1969! 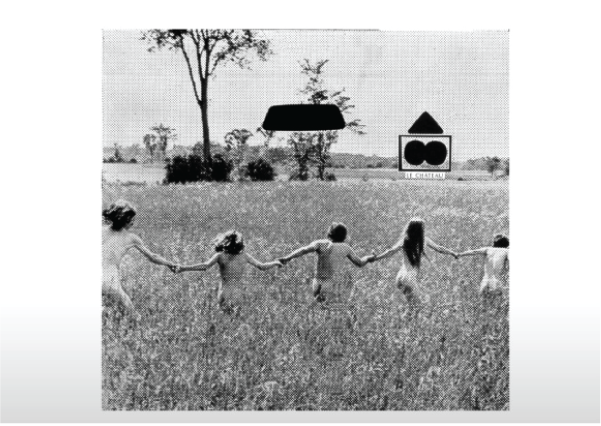 DOWNTOWN MONTREALER
‘I consider myself first and foremost a Downtown Montrealer. I live in the Quartier International. It is the most dynamic, new, trendy, clean neighbourhood of Montréal. Il y a tout ! »

True in 2009. Trendier neighbourhoods have emerged since… Griffintown, Mile End and, dare we say, HoMa! Would Metz agree … we wonder?

BRAND IMAGES
Photographs of unusual signs, signage, collection of shopping bags, not to mention a strange passion for logos torn from used refrigerators, Metz’s gaze was lively and constant for he believed intensely that what we see around us contributes to our happiness and serenity.

PS: In 2009, he was one of eight Canadians among 350 global members to join AGI, Alliance Graphique Internationale.

METZ ONE DAY, METZ ALWAYS, ANYTIME, ANYWHERE
He looked and lived like a star but with minimal fuss. To focus all his attention on living in the immediate future, he simplified his daily routine to a strict system. He had the exact same appliances in his two home (city and country)—with a few controls and buttons. “Good design is meant to help us, to simplify our lives, otherwise, what’s the use?”

He wore the exact same clothes every day for work: a dark-blue Canali suit in a traditional cut (one of seven), a white Harry Rosen cotton shirt (one of ten), a white t-shirt (one of many), black shoes, black socks, white underwear and his Breitling watch.

You can take the man from the Swiss but you can’t take the Swiss watch off the man!! 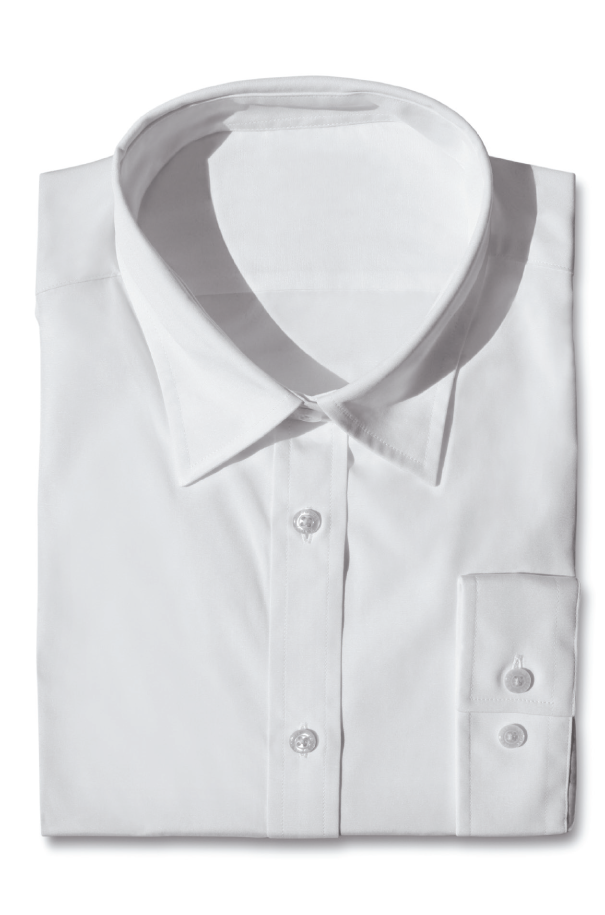 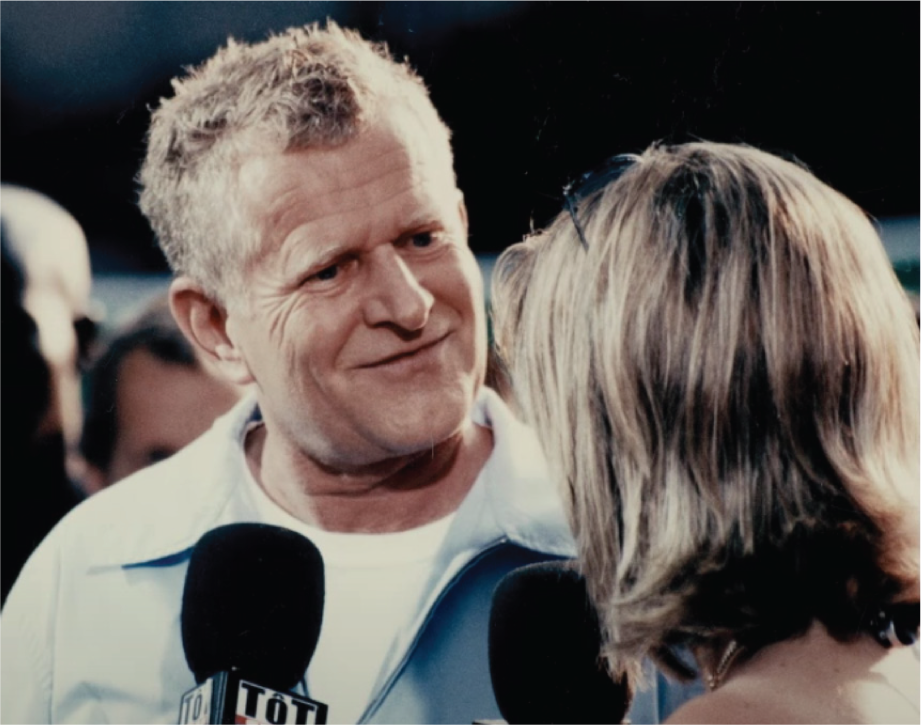 “I would love to drive a bulldozer through a supermarket!”
ZESTY comments such as this last one were part of the weekly menu served by none other than Metz and, ours truly, Anne Darche, on Bazzo.tv, a cultural and current affairs show that ran at the time!

NOTHING IS LOST, NOTHING IS CREATED
At 16, he built a one ever square modernist house for his tow guinea pigs. Decades later, the renowned Montreal architectural firm YH2, with his strict prerequisites in hand, designs his country house. Ready for a scoop? Metz swore the two houses shared a common vibe!

Some luck guinea pigs… check out THE country home! We dare to think a certain Swiss mentor has some credit in that!

REST IN PEACE, DEAR METZ!
An exceptional communicator and design reference in the media, he was the host of a Design show on Canal Savoir for two seasons and, in 2012, he published design?, a work appreciated for its clarity and, above all, for its didactic character.

To buy the book here 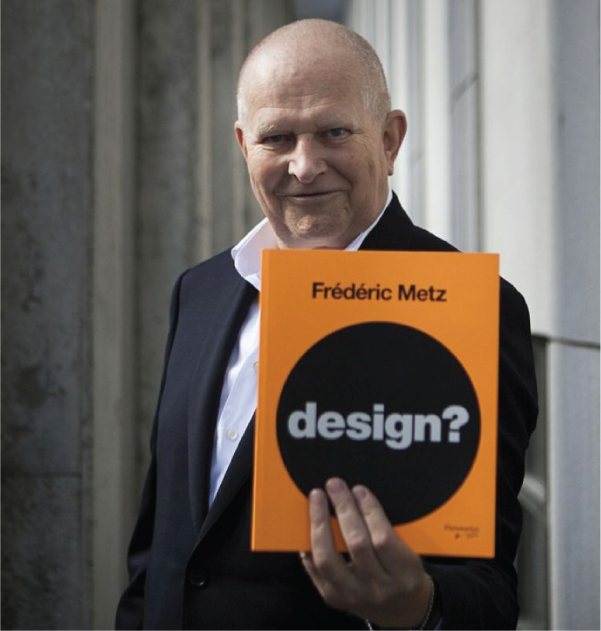 Thank you Master Metz…
You were tall. You still are and, above all, we miss you! Rest in peace, Metz and AMEN !!! Like us, would you like to see even more of Metz? An hour in his company would suit you?
Watch this one-hour exclusive interview by Dominique Poirier with Metz in his later years and God bless his work, his spirit and his legacy.