Three memories come to mind, no doubt… The first: it seems to me was during a trip to Denmark, the country of origin of part of my family, I had convinced my sister that an island was going to be erected at the end of the landing stage of owned by our Aunt “Jule”. Then came, the discovery of “Legos“ (always in Denmark) and, finally, I remember that, from a very young age, I designed and created “things” and loved doing so…

■ The first is undoubtedly that in any work, it was “boring”, it is necessary to find the little things in it which can transform it into something good…

■ The second is that beauty comes from the ability to respond to function more than aesthetics… it’s quite Platonic.

It’s hard to say. For starters, it was quite a long time ago. But I think there was one that was revealing of what we, as designers, could bring to the client: the 5 why? You know, those things that force people to express themselves and therefore allow designers to get a better idea of the landscape in which they are going to have to act. These magic formulas that lift the fog and reveal elements that will nourish the creativity of the designer. This was the case with the “Barbãr” project… Barbãr (Belgian beer with honey)
The concept of Barbãr was born from the history of this beer recipe that has its roots in the Middle Ages. At that time, honey was the only sweetener used … the creative leap was to develop a real concept … otherwise the product would have been called, “Bee Beer”, “the Queen”, or even la “Bzzz” in reference to the sound of the flight of this charming little insect. Yes almost always, except maybe when I’m writing. What I listen to is hard to say, it depends on my mood at the time. I think I must drive mad the artificial intelligences that profile listeners to offer targeted choices they should like… Impossible to predict my choices! W:halll, Brussels, Belgium.
Photo credit: André-Yves Coenderaet.
The “W: halll”, cultural center of the municipality of Woluwe St Pierre, district of Brussels. The general idea behind the design of w: halll was that it was necessary to create a common identity for all the cultural players in the municipality, namely the cultural center, the performance hall and the libraries. here we see one of its applications in space. 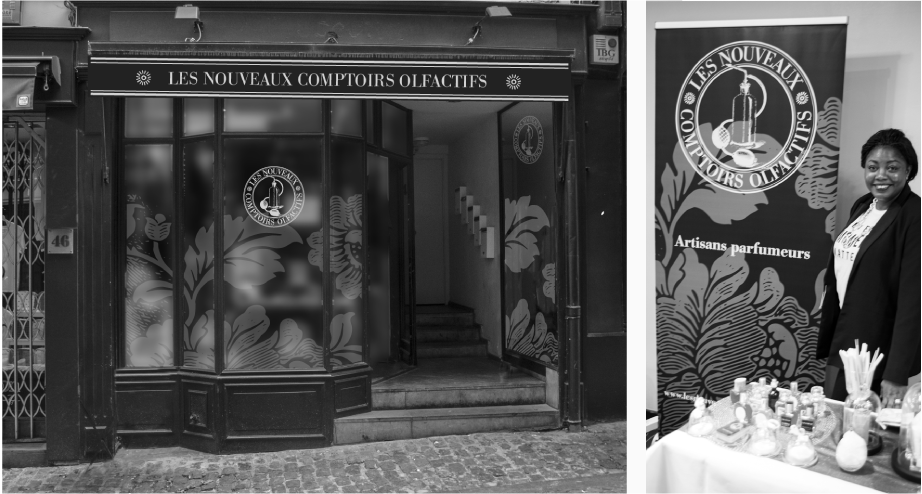 Doing a lot of “design thinking” and working mostly on social issues, I would tend to be in the: we can change the world … we can rearrange the world!

Our late contemporary… Zaha Hadid. More than personalities, there are movements that inspire me too. In particular, the Bauhaus and its approach to the problematic that could be qualified as holistic.

I don’t know, but there is one thing I do quite well, and that is identifying the things that can “unblock” a situation. The creative leap in a way. it*snotanoffice
This summer, I developed the identity of a designer of modular office furniture using elements of recycled materials … recovery – short circuit – co-working…

No idea, in general, posterity comes after death, we do not know what could appeal to future generations… we’ll see! Muchoko. Photo credit: André-Yves Coenderaet.
It was an identity project as part of an architectural competition for the future chocolate museum of Koekelberg (municipality in the west of Brussels) unfortunately the architectural project was not selected and it remained in the boxes … the logo was inspired by that of the Victoria chocolate factory, where the museum was to be built. Globalizer.
Photo credit: André-Yves Coenderaet.
Here, it is the logo of an association which encourages diversity and the sharing of different languages and cultures. I find it difficult to understand the meaning of this question. personally I have Belgian, Danish, Dutch and very possibly Czech roots … so I can’t really speak of belonging … all I can say is like bathing in a planet-local culture that goes feed us … but where does one end and where does the other begin? That’s the question. Permeability is essential for any designer it seems to me.

Limits and constraints. They act as challenges to overcome!

What a horrible sight, imagine for a single moment to be transformed into an object … already the concept of eternity is frightening, in addition, an object at a time, at a time, it can become obsolete and therefore it will die it will not have no eternity. A creative life or even two may be enough…
Nothing inert please!

It’s hard to say, I’ve seen lots of places in the world, all of them have marked me in more than one way because everyone has their own personality. I like to think outside the box of tourists, because that is often where the soul of the place lies … it is also where we “feel” the place. But despite everything, there is a constant, I like to see the water. To be close to it. One of my “mandala” at low tide
Photo credit: André-Yves Coenderaet.
When the conditions allow it, and that I am at the seaside, I draw “mandalas” on the wet sand … the lifespan is at most the time of a tide… I keep track of it photographic. «Gyro-uette»
There is no place dedicated to the design… here it is a mobile sculpture project born in a bar facing the sea… there were only coasters.

There are a lot of them but I think that as a designer sometimes things as simple as systems to capture the morning dew in arid countries so that solve as much as possible the lack of water can be a very big designer success.

Very good question … I’m the cook at home. I am a “cooking freak” somewhere. But before inviting anyone to dinner, I would ask them what they are not eating … So as not to find myself as happened to me once when faced with an “oh thank you, but that, I don’t. not eat “. It avoids frustrations on both sides … That said, I am rather “seafood” so if there is a consensus it would be in this direction that I would go …
But who is it to invite to my table? The list is too long and choosing 3 would frustrate the others … it would turn into a banquet … although… in big events, you never speak with the person with whom you would have liked to discuss.

That diversity becomes the norm and that differences be seen no longer as obstacles, but rather, as a benediction.

CONSULTEZ THE ORIGINAL ARTICLE IN
INTÉRIEURS 81