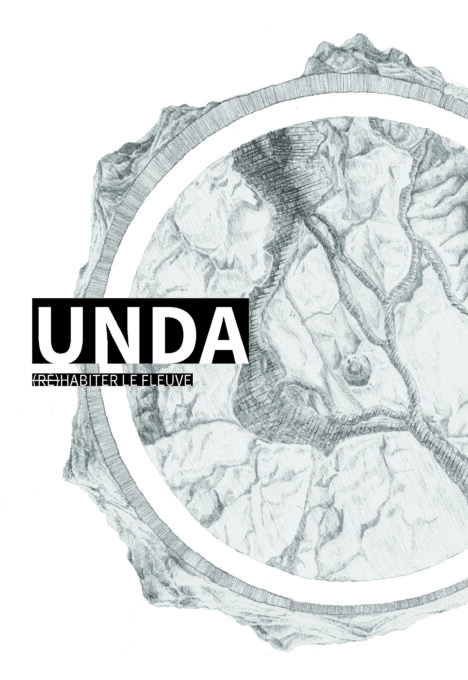 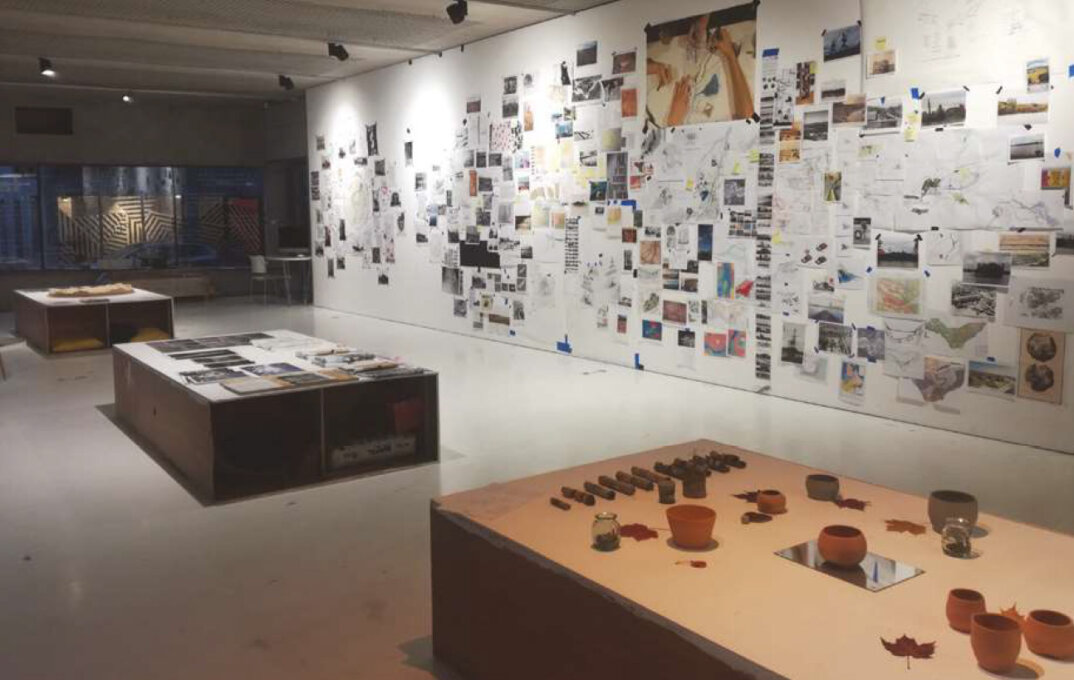 A team of French residents, together with a team of Quebec residents, create a common body of work on the theme of “(Re)Inhabiting the river.” Through a two-part residency, in Montreal and in Nantes, these works question the metropolitan connection of the river to the city and vice versa. An exhibition and publication reveal the result of this research and creation process through a poetic, fictitious and scientific narrative. Both pairs of metropolises and rivers, Nantes and Montreal, the Loire and the Saint-Lawrence, became the playground of an inventive geography.
The production of this residency is inscribed in the prolongation of the "Grand Débat – Nantes, la Loire et Nous" and of the urban project of "Bas-Chantenay" initiated by Nantes Métropole. The project is set in motion in the city of Montreal by taking a critical look on sensitive appropriation of territories. For Montreal, these questions were focused on the development of riverbanks and access to water by the population in the metropolitan area. The idea of (re)inhabiting the river manifests the desire of reconnecting with the river as if there had been a deprivation of it, even though it never ceased to exist. This invites us to question the inhabitant (who) as well as the habitat (what). Man, flora, and fauna are the river’s inhabitants, and each has his own specific habitat: the riverbank, the water’s surface and its riverbed.
The river’s history is ever-changing, just as its habitats and inhabitants evolve – it is thus a question of developing new ways of living by using the place’s memory. The river tells the story of its inhabitants; it preserves the traces of indigenous populations. Their ancestral influence can still be seen in the management of the heritage of their reserves. Inhabiting the flow implies inhabiting movement, impermanence, mobility.
However, the river still perceived as a dangerous, unpredictable, synonym of pollution, floods, or even a tool for transportation and commerce today. There lies, however, a cultural construction bound to change. The Mont-Royal for example, which is now considered like an important green lung for the entire city, used to be perceived as a terrifying inaccessible mountain. Similarly, the Saint-Lawrence River, while menacing today, can also shift in our collective vision as our relationship to water transforms.
By glancing at the city’s underside to see the soil’s evolution in the urban landscape, the transformation of its riverbanks is revealed. This new outlook on the city suggests a rising awareness of our living heritage. The explorer, equipped with historical maps, observes the addition and subtraction of soil that reveal forgotten treasures through the excavation and backfilling of our land. By digging through the bedrock, history emerges. Excavated soil is accumulated, altered, churned, stored, and shaped to form a fluvial landscape. With rain and natural fermentation, the amount of stocked waste generates a high concentration of pollutants. Yet, soil decontaminated through phytoremediation can act as a natural filter to re-establish equilibrium and to serve its vital role as living soil. Thus, the ground as a first purifying filter, nourishes Unda, the river’s natural machine, with water. 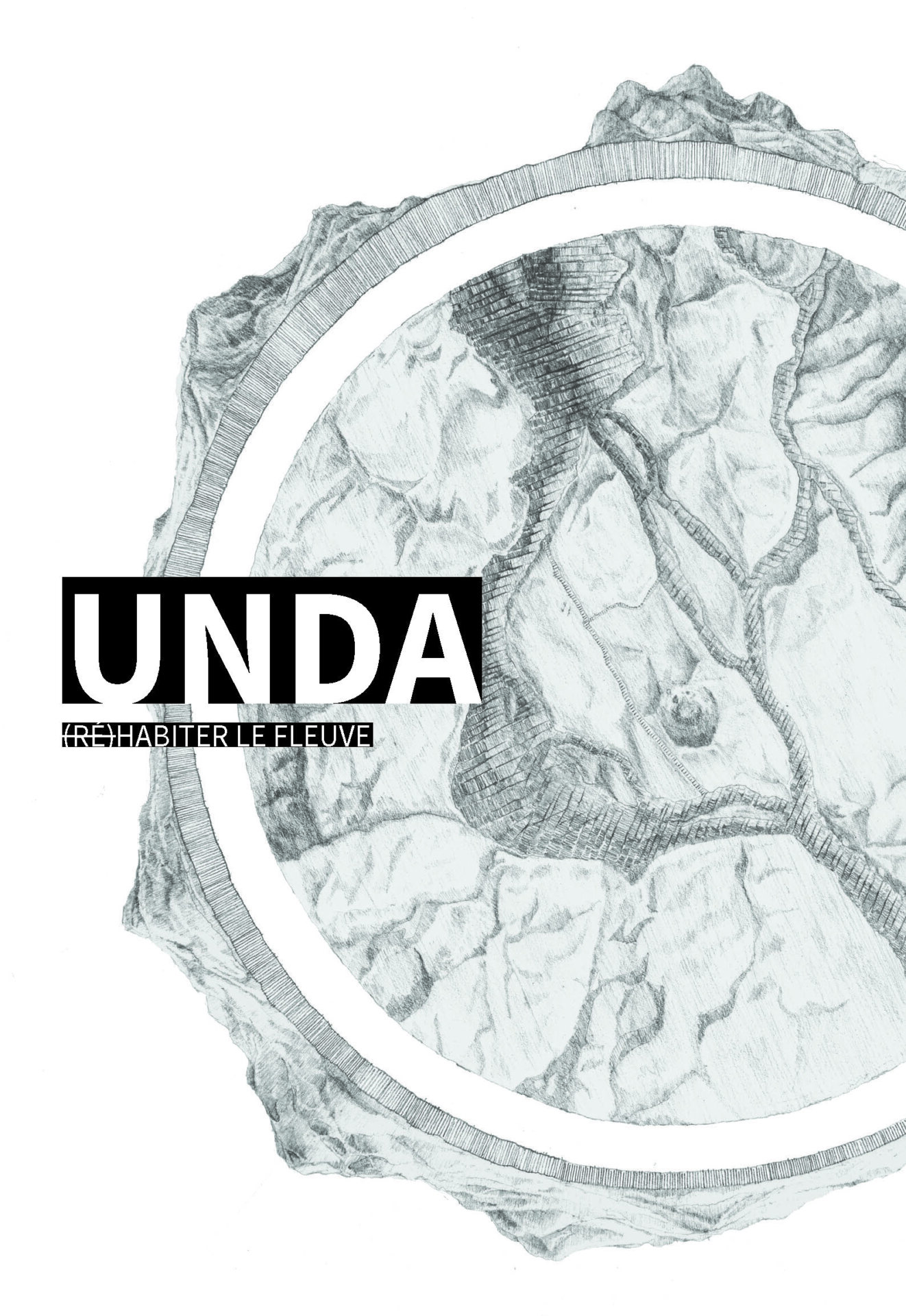 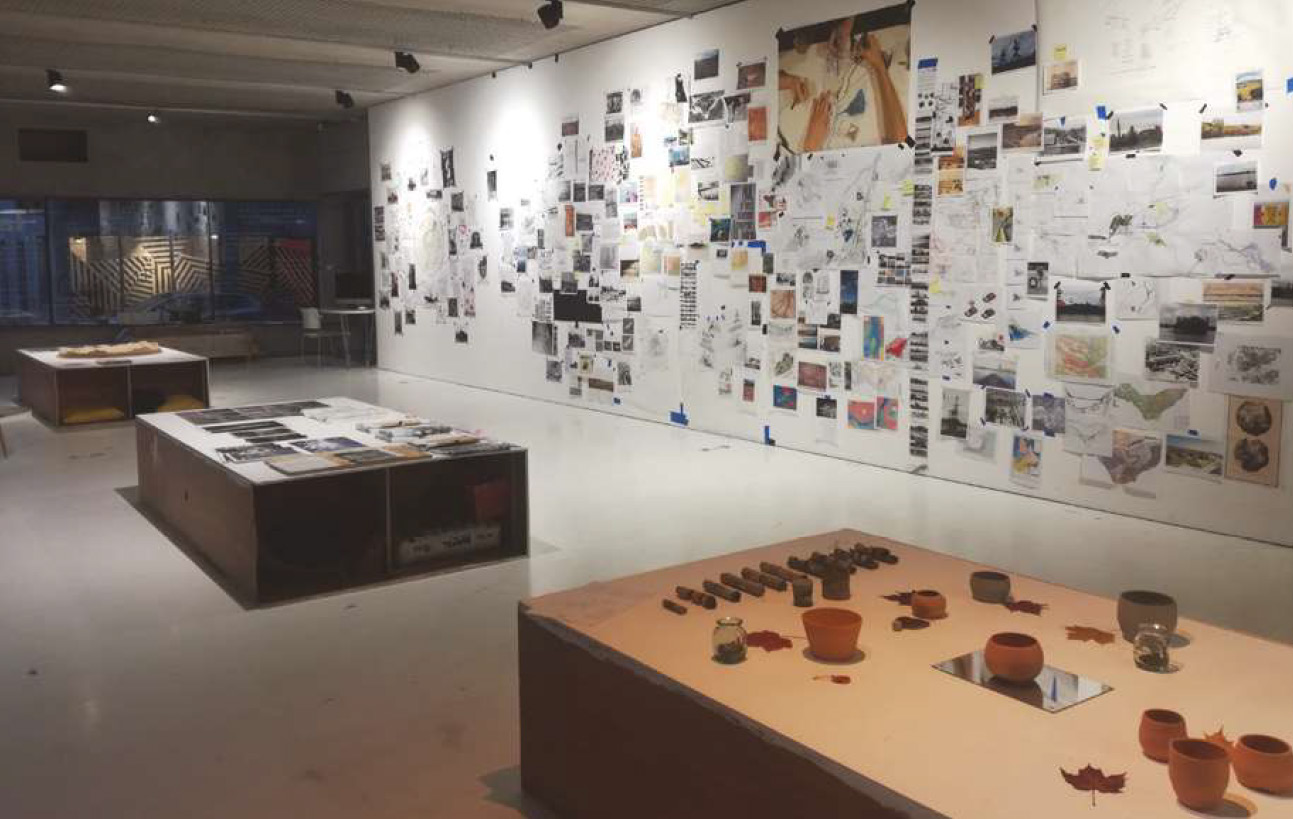