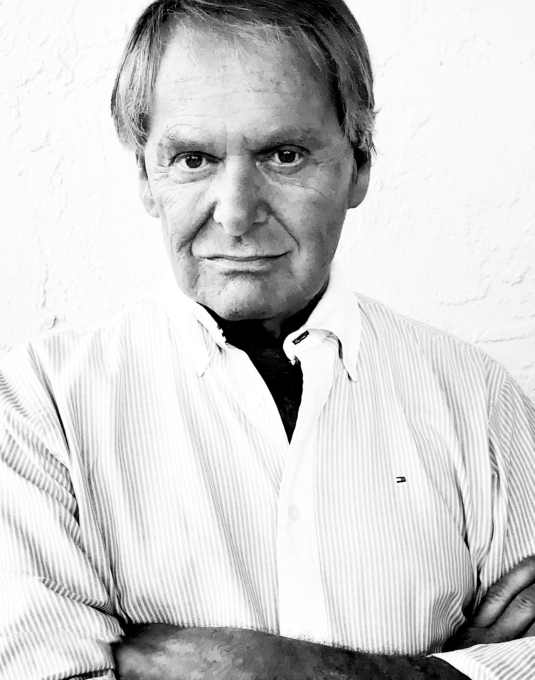 Paris, 1969. A young Philippe Dagenais proposes to his mentor, the famous decorator Jean Prud’homme Béné, to paint a silver-coloured Louis XIII armchair and cover it with fuchsia, yellow and pink plaid. This armchair, a real break with tradition, will cause a lot of excitement. The vast international career of Quebec’s most famous designer was launched.

A graduate of the Académie Carpentier in Paris, the fiery designer left his mark wherever he went, right from the start. Interior design, architecture, decoration, film sets, exclusive collections of furniture sold in his own chain of stores, exhibitions… his distinctive signature is always present. His style, clean and vigorous, is based on a timeless arrangement of volumes and shapes. He offers noble materials including wood, concrete, granite, slate and steel. These materials, which appear cold and austere, are softened by the atmosphere and lighting. His creativity quickly broke through the boundaries, and in 1986 he was commissioned to design the interior of the important Novotel at Moscow airport, a 60 million dollar project. His mastery of his art is contagious, and the media are clamoring for it. He hosts a wide range of TV and radio programmes, accompanied by the biggest names, such as Dominique Michel, Paul Arcand and Danièle Ouimet. His prolific career now spans Canada, Europe and the United States.

During his long and prolific career, Philippe has been the recipient of numerous awards of excellence, including Design Canada’s Award of Excellence, a trophy for the timeless design of Michel Jasmine’s apartment, two Habitat trophies as best retailer and designer of the year, and the 2020 Tribute Award from the GRANDS PRIX DU DESIGN. Even though he regularly threatens to retire, Philippe continues to pay tribute to his remarkable talent: creating environments that never age.