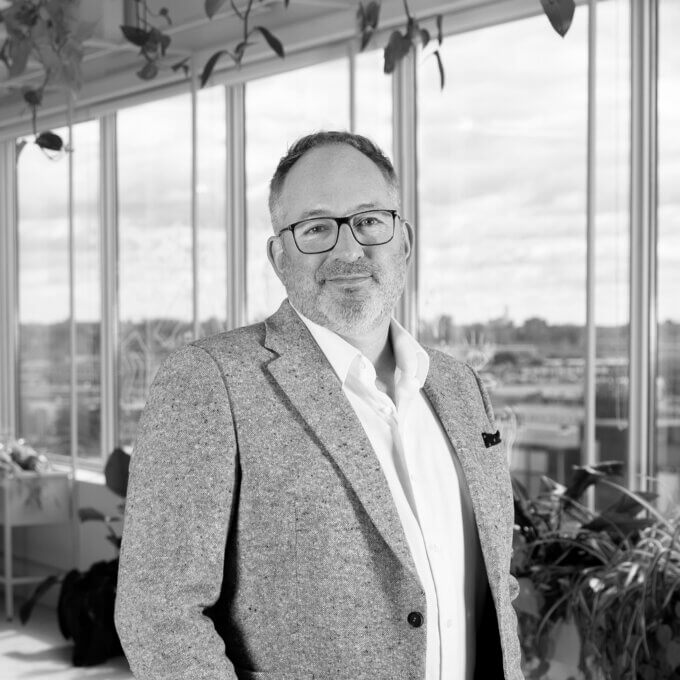 A University of Montreal architectural graduate, Jean-François Guimont has been working in the field of construction for more than 25 years. Over the course of his career, he has worked for various renowned architectural firms as an architect and project manager.

His career path also led him to explore another dimension of the profession, that of real estate developer. A skilled integrator, he has been responsible for the management of several large-scale projects over the years, both locally and internationally. The opportunity arises to work closely with world-renowned architectural and urban planning firms after being recruited by one of the biggest real estate developers in the Middle East.

In that period abroad, he actively contributes to the creation of living environments in emerging countries. His experiences include the development of a new neighbourhood in the heart of Doha and the design of a major coastal destination in Dubai. He was involved in all facets of these extensive projects, from ideation to construction, project management and the creation of professional teams through the organization of an international design competition.

Upon returning to Canada at the end of 2009 on the heels of the financial crisis, he commits once again to working as an architect and manager in the now booming Montreal real estate industry. Since his arrival at Carbonleo in 2018, he has had the responsibility and privilege of leading the multidisciplinary teams of professionals assigned to the Royalmount project, a new destination focused on putting innovation and user experience at the heart of a unique living environment in Montreal.