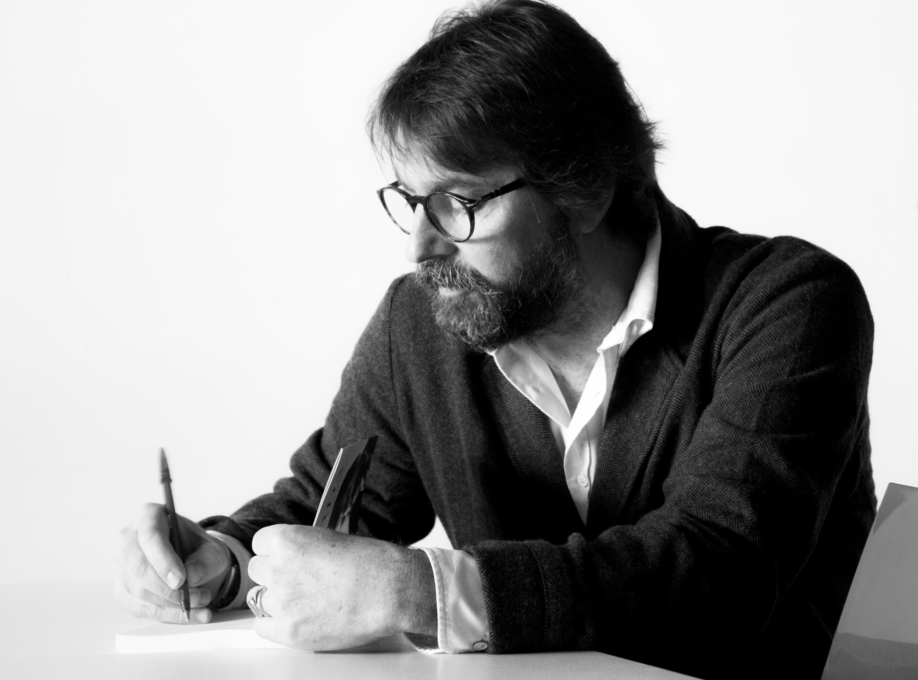 Francesco Dondina (Milan,1961) is a visual designer, art director and teacher. In 1986 he founded in Milan the Dondina Associati firm, oriented towards brand identity and communication design.

Over the years he has carried out projects mainly in the areas of fashion, design and art. Among the main customers: Giorgio Armani, Krizia, Valentino, Salvatore Ferragamo, L’Oréal Paris, Cassina, Municipality of Milan, MoMA, Feltrinelli, Muba-Museo dei Bambini Milano.
He designed the visual identity of important exhibitions such as Bramantino at Castello Sforzesco and Bernardino Luini at Palazzo Reale in Milan. He took care of the visual identity and the renewed signage system of the Sforzesco Castle in Milan and with Marco Zanuso jr and Giuseppe Raboni he designed the Expo Milano 2015 ticket offices. He designed a hundred illustrated books. In 2009 he wrote an interview book with Bob Noorda. In 2015 he curated the Graphic Design Lectures at Castello Sforzesco and in 2016 he curated SIGNS, a great exhibition on contemporary Italian graphic designers.

From 2010 to 2012 Dondina Associati was based in New York working for the Asia Society Museum and the American Ballet Theater. He taught for fifteen years at Cfp Bauer / Ex Umanitaria and at the Polytechnic of Milan. He currently holds courses in visual culture, brand design and history of visual design at Raffles Milano.