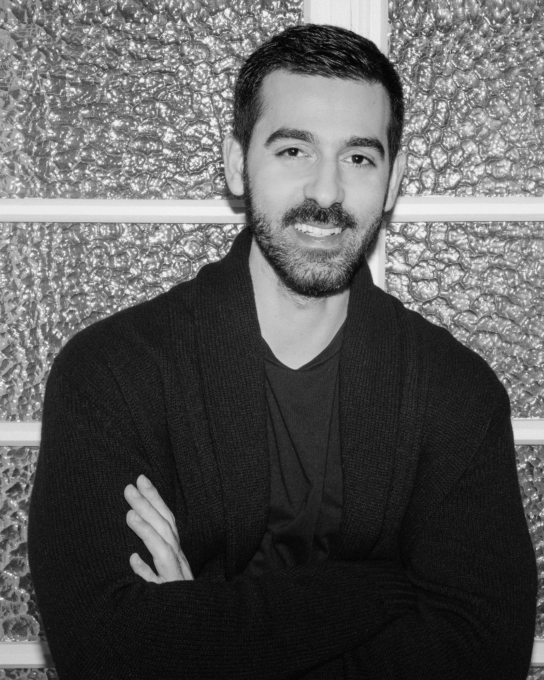 Born in Beirut (Lebanon) in 1987, Carl Gerges has always managed to merge his two passions: music and architecture.

In 2008, during his studies in Architecture at the American University of Beirut, he launched with other students the band Mashrou ‘Leila, which has shaped the local underground scene and placed itself on an international playground, while collaborating with prestigious artists such as Mika, Yo Yo Ma, Nile Rogers, Joe Goddard and Brian Eno.

A man of many hats, Gerges then launched his architectural studio Carl Gerges Architects, where he would draw inspiration from the fascinating cities and places in which the musical group Mashrou ’Leila performed. Albeit at different rhythms, Gerges approaches architecture just like he does for music, in a “scenographic” way, with an emphasis on light which is his favorite medium. Far from being a simple exercise in style, his practice questions history, nature, space, the environment and above all the needs of our times. Rather than the grandiose, Carl Gerges’s practice aims at the point where humanity and environment meet.

In 2017, he taught in a graduate workshop at the Hagop Kevorkian Institute for Near Eastern Studies at NYU. A few years later, during exhibitions by British artist Oliver Beer, he performed at the Metropolitan Museum of Art in New York and at the Grand Palais in Paris. Mentioned in the international press of more than 20 countries, his projects have garnered many recognitions and awards. Carl Gerges Architects was, for that matter, awarded several prizes, including the prestigious list of 100 contemporary decorators from AD France, Design Award 2020 for Best Residential Projects in Dubai, and the ArchDaily Best Young Practices of 2020.