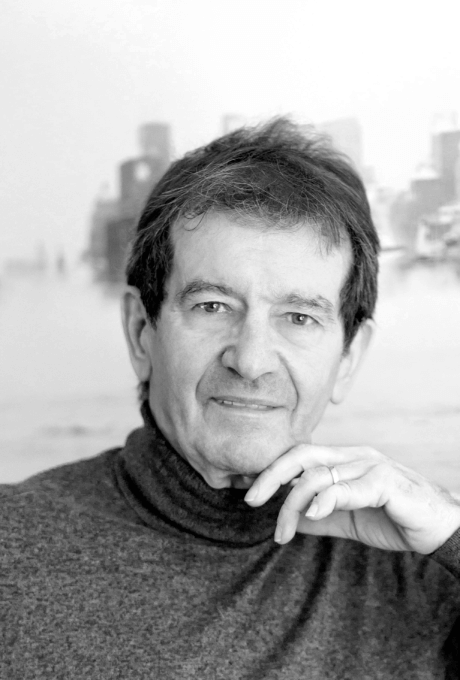 Freshly graduated (1963-1969) from the St-Luc school in Tournai, Belgium, Alain and Georges embarked on a ten-day voyage on a cargo ship to Montreal, arriving in the early hours of 14 July 1969. Alain found himself employed by Knoll and Georges by Roche and Beaubois.  After three years of various occupations, they find themselves together employed in a design office which they leave and begin the process of creating MOUREAUX – HAUSPY Design inc. It is 1974. The rest is history, including the creation of Direction Design with Anthony Hobbs, a well-known graphic designer, with whom they developed an alphanumeric system for the competition sites that they proposed and produced for the Organizing Committee of the 1976 Montreal Olympic Games.
Moureaux-Hauspy was launched and dominated for many years in corporate interior design. Wishing to bring this expertise to other markets, including Canada, they added a competitor and worked for a period of five years in the Calgary, Toronto and Ottawa markets. An economic recession pushes them to consolidate this gain, from Montreal thanks to the advent of the first computers and Autocad programs.
Vice-president and honorary member of the Association professionnelle des Designer d’intérieur du Québec for a period exceeding 20 years, Alain devotes part of his energies to the creation of a Bachelor’s degree in Interior Design, School of Industrial Design, within the Faculté d’Aménagement of the Université de Montréal.
With a seasoned and visionary board of directors, the FERDIE foundation, of which he is president, and his colleague Richard Noel, they organize international conferences on interior design within the university. For 10 years they invited great names in design and architecture from France, Spain, England, Scandinavia, the USA, Canada and Quebec. The efforts and the money collected were rewarded by the creation in 1997 of this Bachelor’s degree within the university. From now on, they will be in daily contact with future architects, industrial designers, landscape architects and urban planners. This degree now enables them to position themselves favourably with future employers or colleagues they meet at the university. We are now in our twentieth year of graduation.
In 2010, the multidisciplinary approach led the Provencher-Roy architecture firm to join MHAD and eventually become part of the large PRAA team. The PRDI studio now employs a good thirty people and an associate is now in charge of the Ottawa design office, which she shares with the Provencher-Roy team.
The story is slowly coming to a close, Alain is still an Associate Professor at UDM where he sporadically intervenes thanks to the MOUREAUX-HAUSPY foundation, which he shares with Vincent Hauspy, a partner at Provencher-Roy design inc. This foundation grants annual scholarships to students in the above-mentioned program.
In 2015, he was honoured by his peers at a gala as part of the Grands Prix du Design.