BOSCO VERTICALE, MILAN, ITALY
Inaugurated in Milan, in 2014, and combining concrete and flora, the project was innovative then and still makes waves today.

Over the years, the project has rooted itself more and more in its urban landscape. In 2018, INTÉRIEURS spoke with architect Stefano Boeri and asked for his first assessment of the experience. 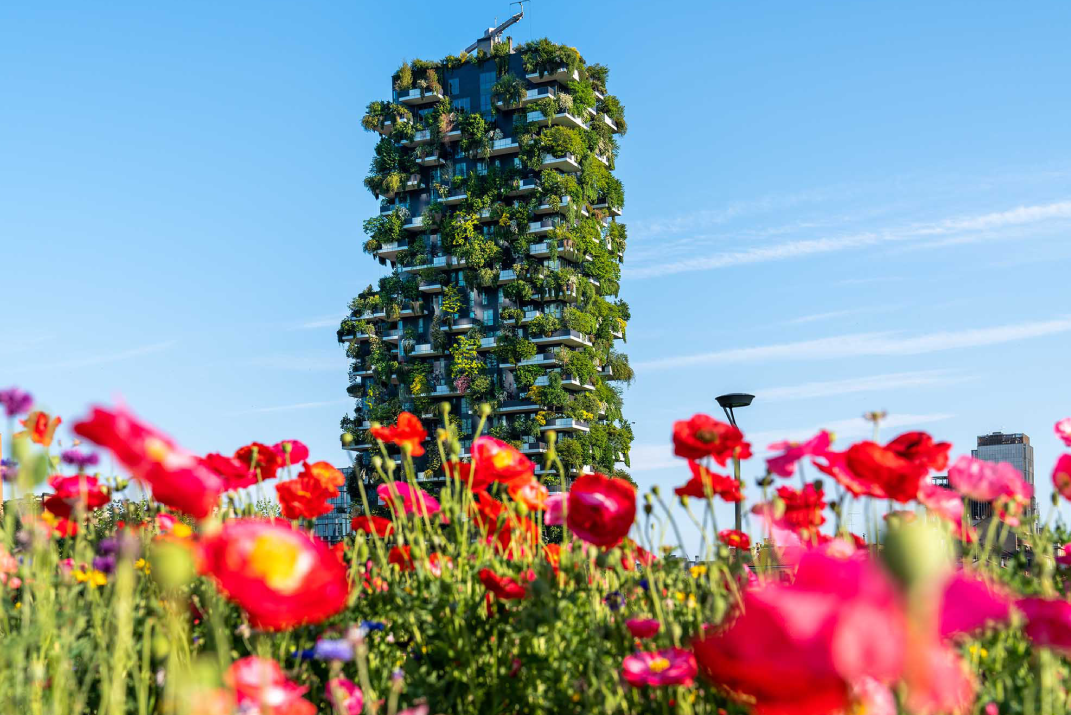 The project being an experience is the least we can say! It acted as a “prototype” of an architecture able to house living nature, as the architect explained. Until then, integrating natural elements to buildings was considered a more decorative practice.

A change is on the horizon! The wind of change blew with this prototype that opened the door to many other “vertical forest” projects, notably in China, France, the Netherlands and Mexico. 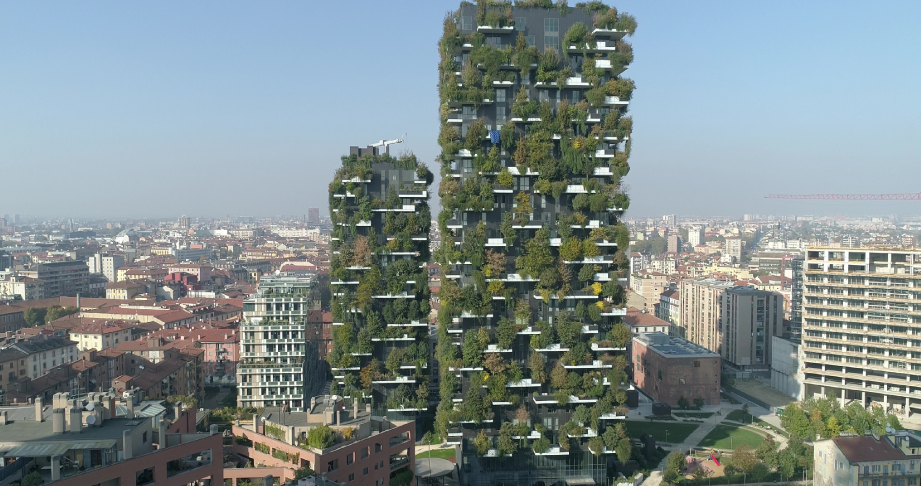 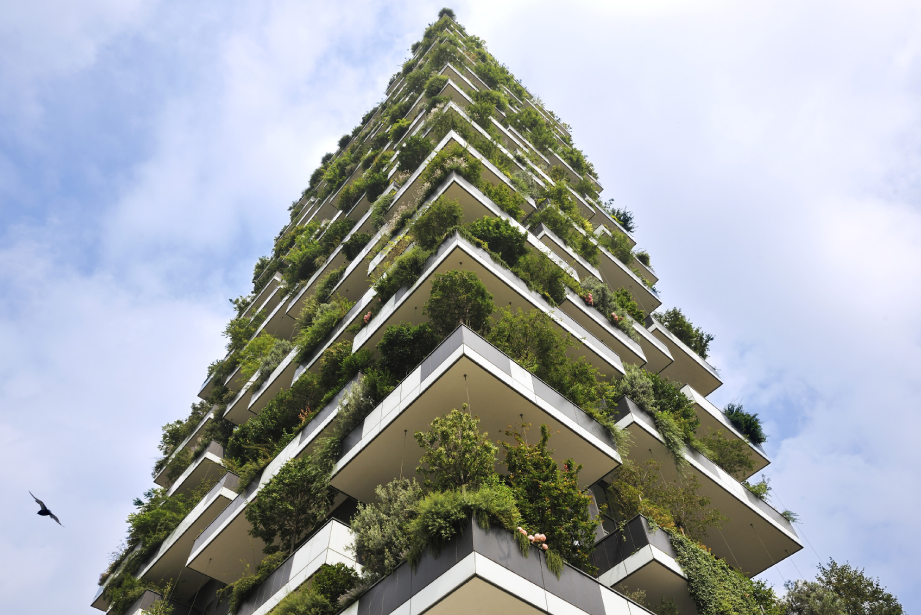 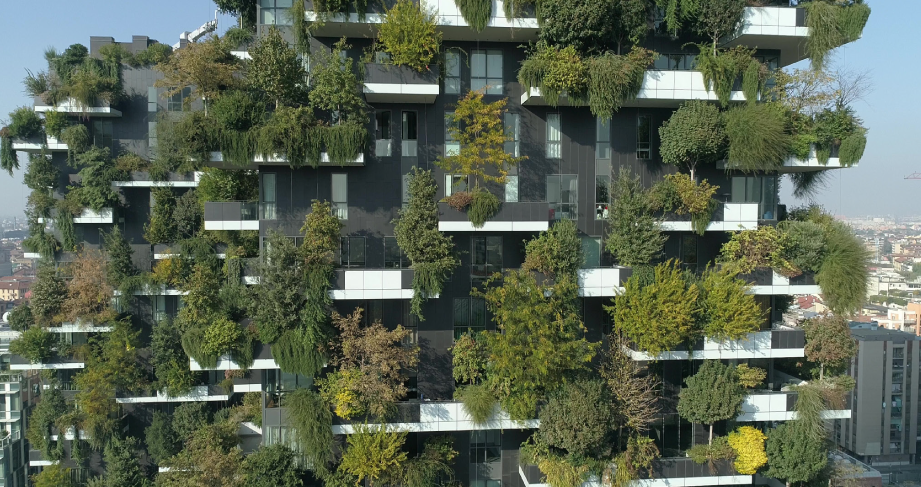 In this new building typology, the architecture must respect the trees, which are treated as residents. In addition to meeting human needs, it must take into account the plant needs and dimensions, which vary according to species and location. Each building therefore evolves within the limits of its host territory. For Boeri, this is a testament to the effectiveness of the concept. “After four years, you start to see the connections that trees and plants entertain with the rest … the whole begins to function as an ecosystem and birds fly back in to make it theirs. 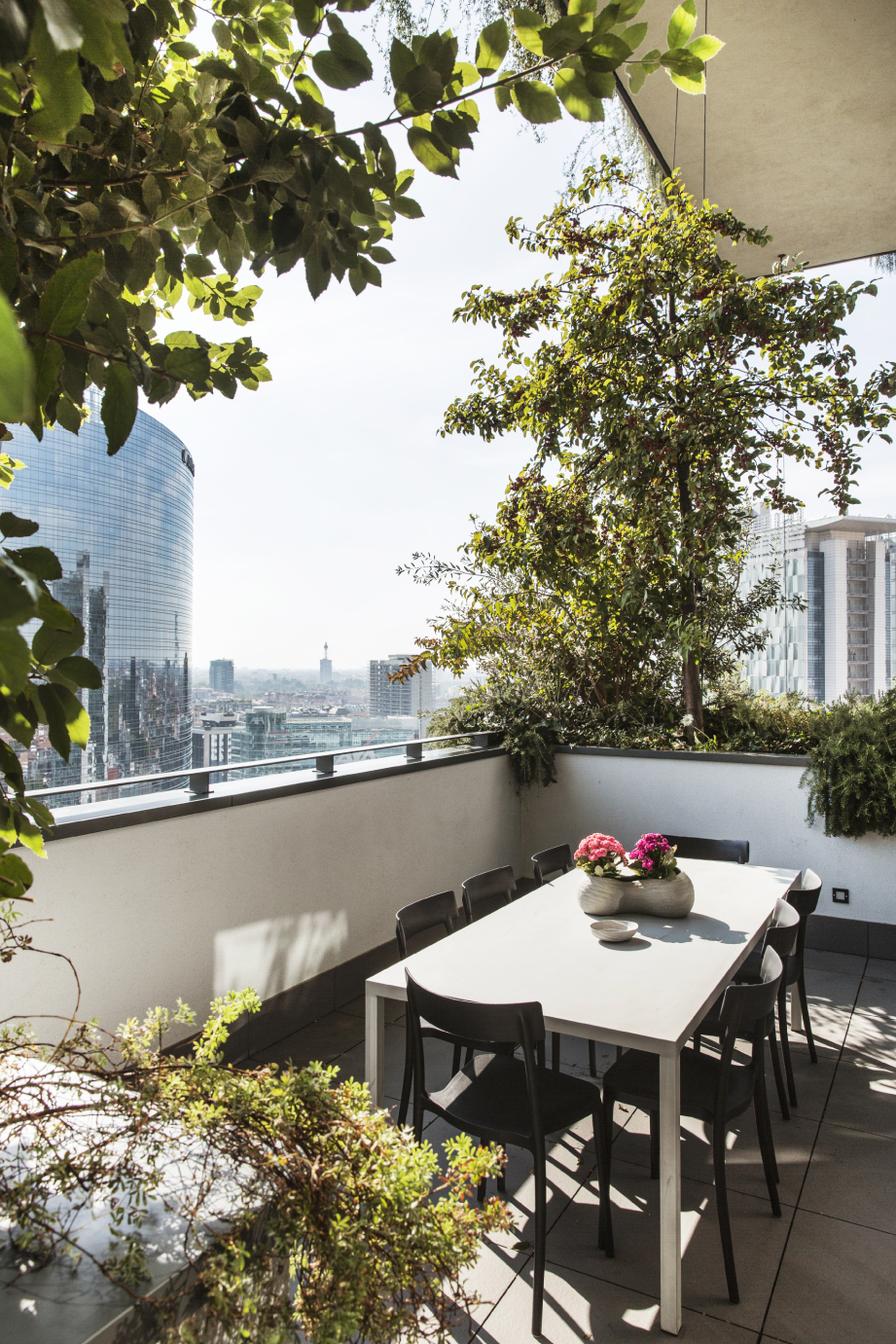 Noted: The heavy presence of vegetation has a calming effect on the occupants. By helping to improve air quality and reducing the costs of air conditioning, this type of building also has a social utility. 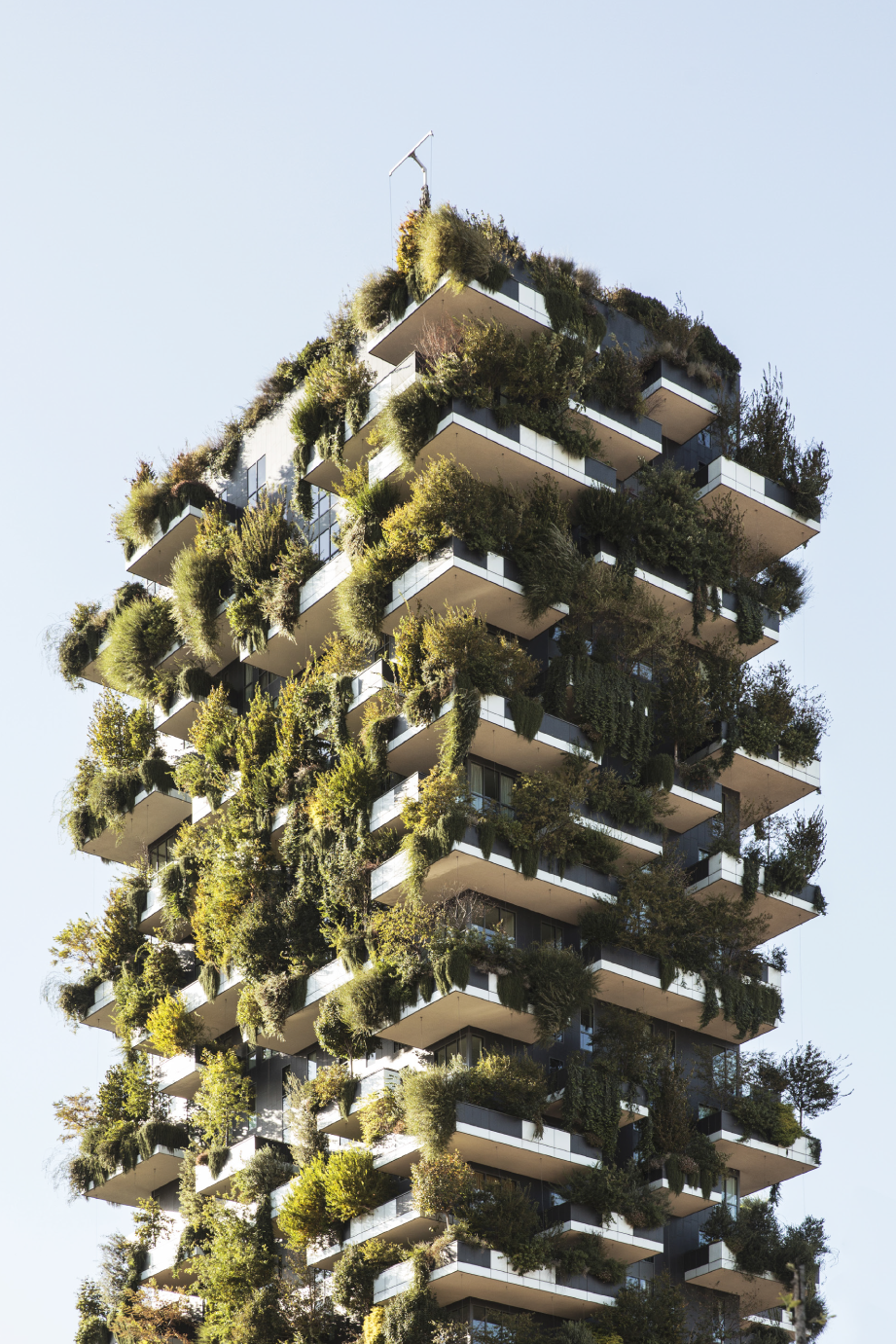 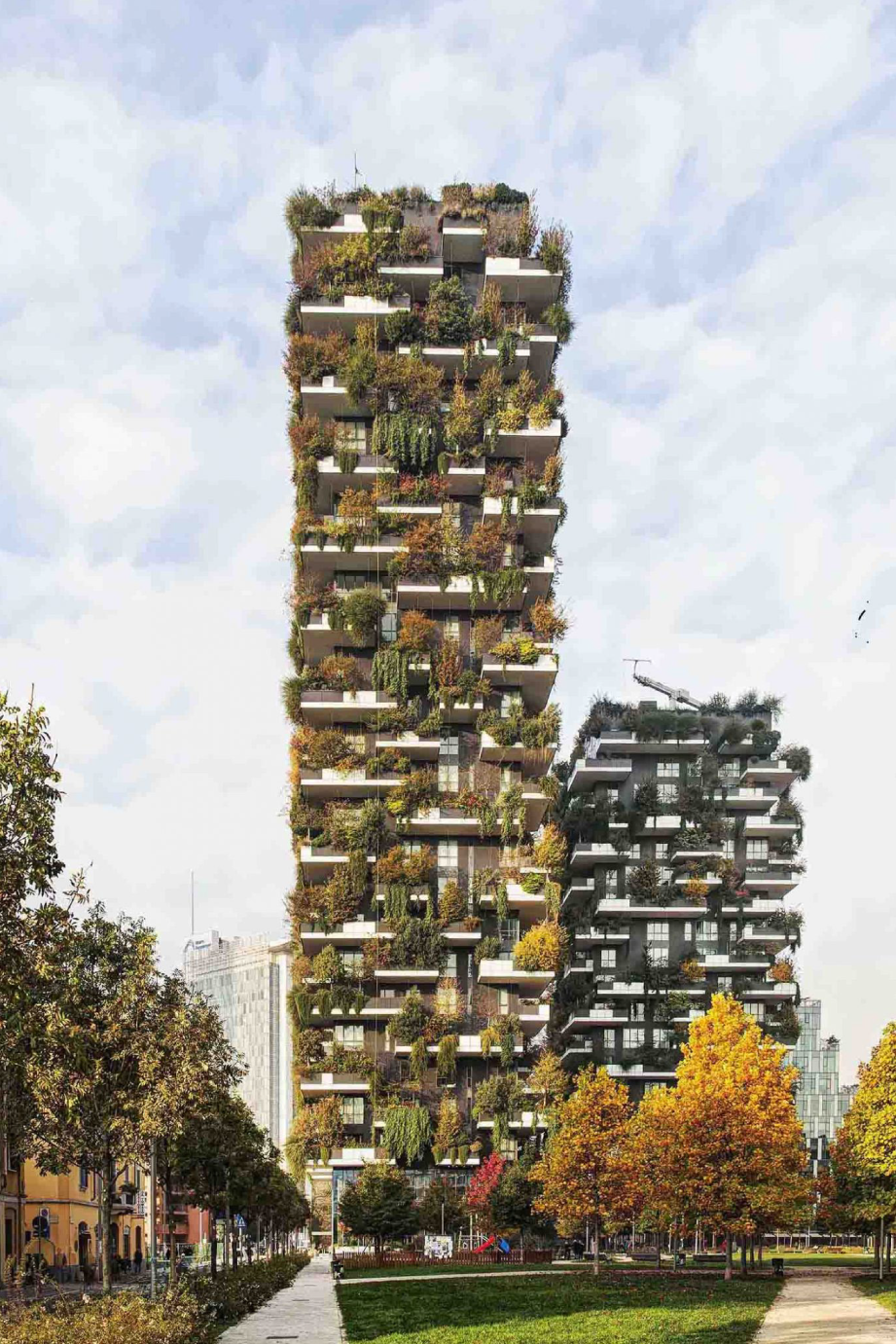 While Bosco Verticale was aimed at wealthier people, it made it possible to carry out trials and develop more accessible expertise. “In Eindhoven, we are building a tower of 125 social housing units”, explained Boeri during our interview in 2018. “We have learned how to provide this technology at a lower cost, and we hope that architects from all over the world come together, appropriate to create even better projects.”

TRUDO VERTICAL FOREST, EINDHOVEN, THE NETHERLANDS
After the pilot case in Milan quickly became one of the city’s internationally recognized symbols, in 2017 Stefano Boeri Architetti’s vision for a new form of architectural biodiversity was extended to include a new building in addition to those currently under development and construction in Lausanne, Nanjing, Paris, Tirana, Shanghai, Utrecht as well as the Liuzhou Forest City. Designed for Eindhoven and christened the Trudo Vertical Forest, the latest example of the great urban forest project saw the Vertical Forest model applied to social housing for the first time. 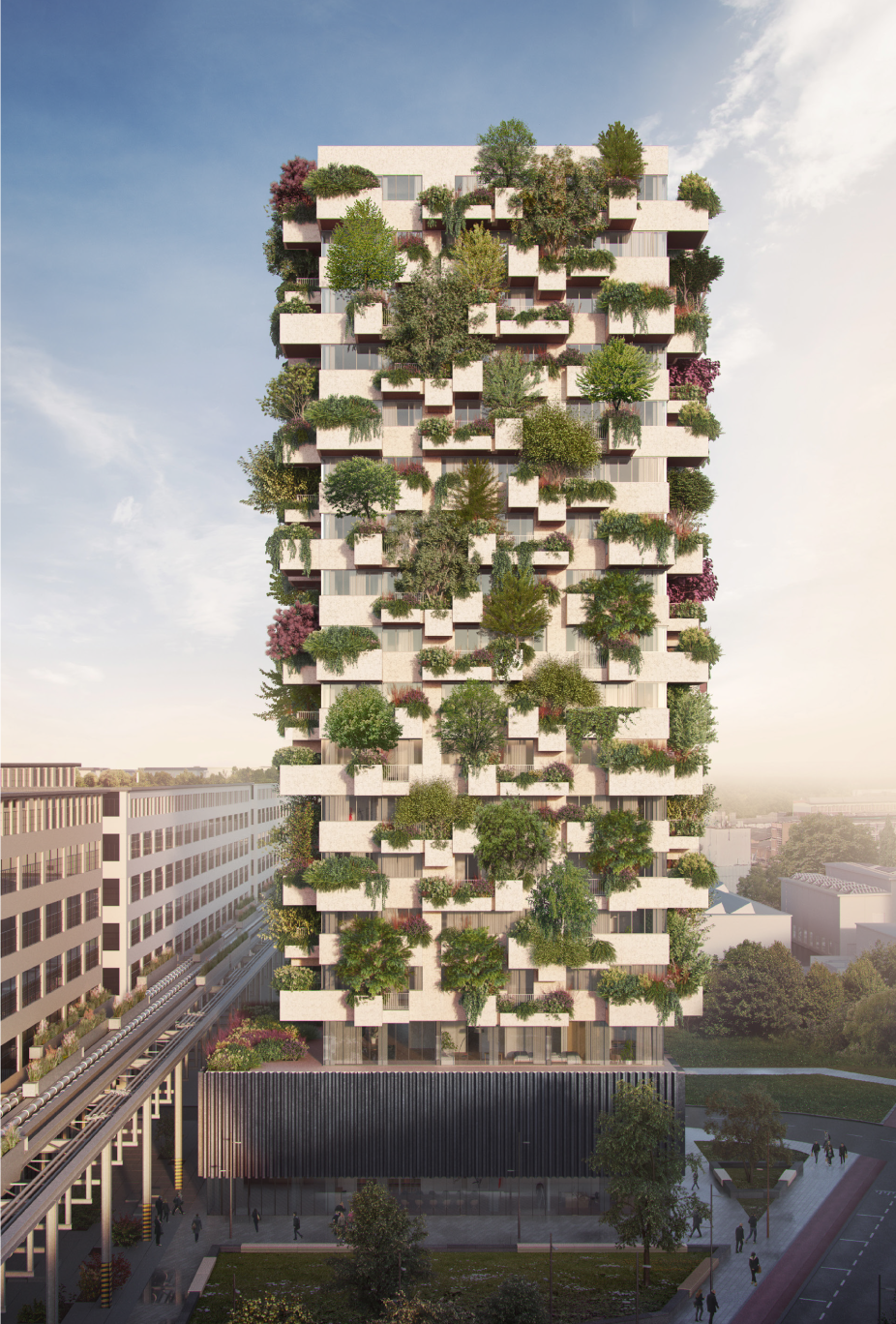 The Dutch intervention is thus an exploration of a brand new strategic, operational and design condition that is also an answer to a potential limit imposed by this type of architecture. Intended to accommodate predominantly low-income users and especially young couples, the 19 floors of the Eindhoven Tower is home to a number of apartments with affordable rents but with a high quality of life, thanks to the presence on every balcony of hundreds of trees and plants from a vast range of species. For aspects related to the design of the organic component of the Trudo Vertical Forest, Stefano Boeri Architetti made use of technical advice provided by the Laura Gatti Studio directed by the agronomist Laura Gatti. This partnership had already borne fruit in the creation of the Milan Vertical Forest and other ongoing urban forestation projects and in this case the Gatti Studio also worked closely with the DuPré Groenprojecten studio in Helmond and the Van den Berk nursery in Sint-Oedenrode. 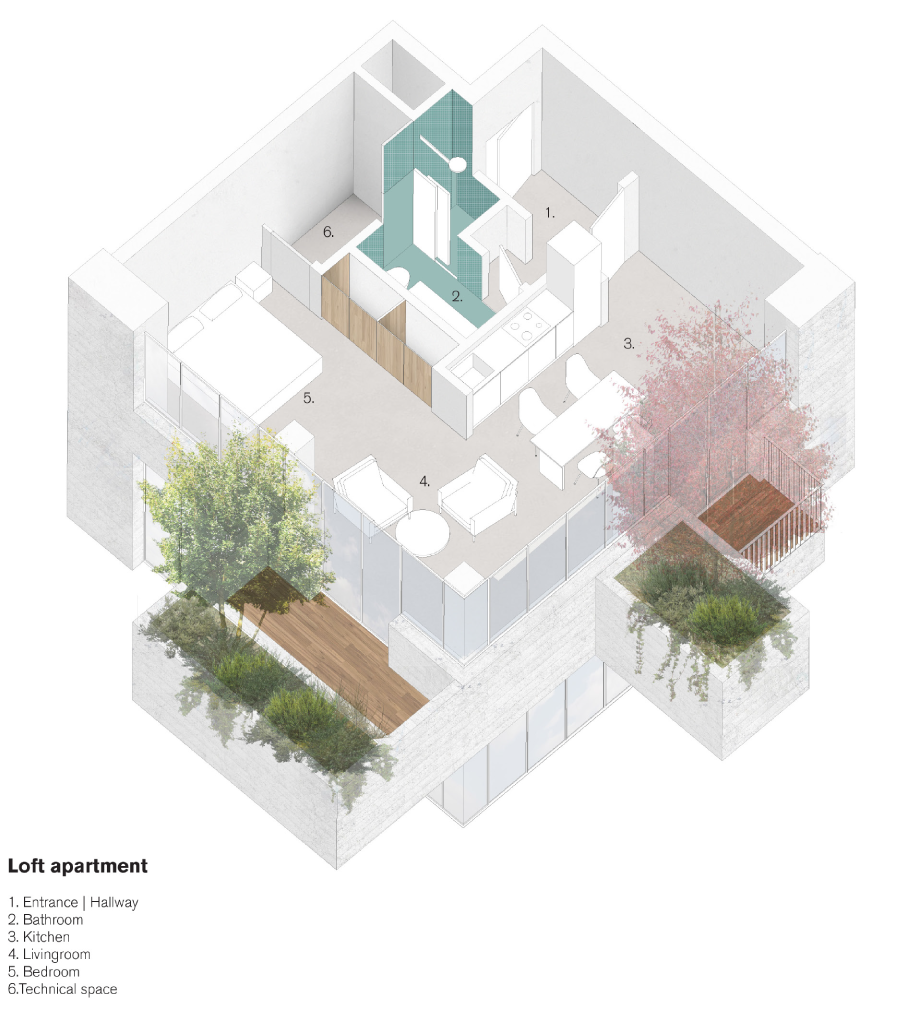 The complex vision activated by the Milan Vertical Forest – the “inhabitable” coexistence between humans and other species such as trees, but also birds and insects – is widened in the context of the Trudo Vertical Forest project to meet a double challenge in which the Eindhoven social housing tower establishes the possibility of combating both climate change and resolving the problem of housing through interpreting the idea of urban forestation not only as a necessity in order to improve the environments in cities around the world, but also a great opportunity to improve the living conditions of poorer citizens.

URBAN FOREST VS CLIMATE CHANGE
According to Stefano Boeri, the current context is also conducive to the emergence of forest towns. “We are working a lot on the issue of urban forests, and we even organized, with the FAO of the United Nations, the first global forum on the subject, in Mantua, in 2018. This is a crucial question, since the fact of integrating forests into cities and one of the most practical ways to combat climate change.”

So when will we see buildings like these built in Quebec?
There is precedent! Similar projects exist where snow and cold weather persist!