Written by Suzanne Laliberté and published in INTÉRIEURS 72, Spring-Summer, 2017.
Photos: Library and Archives Canada. Updated by Juli Pisano for INT.design in 2021.

54 years after Expo 67 and Habitat 67 redefined Montreal, Jacques Guillon’s emblematic achievements as well as those of the teams who have marked the various stages of his leadership are still most relevant and visible in the urban landscape. Assisted by Julien Hébert and Henry Finkel, Jacques Guillon co-founded the ADIQ and has long been regarded as one of the masterminds behind the industrial design industry in Québec. 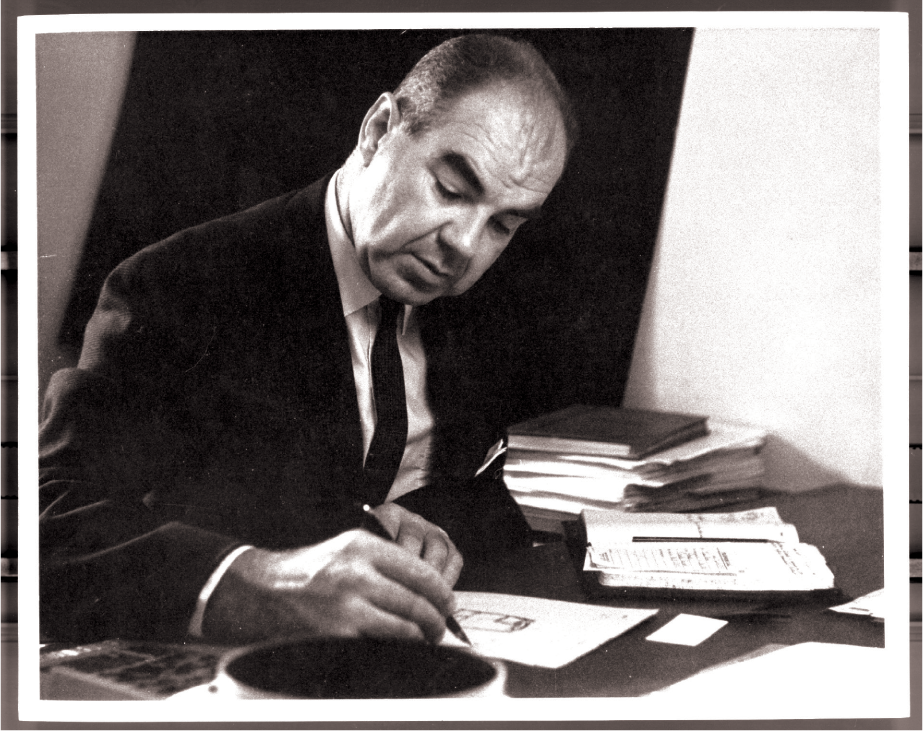 Passing away last June in Montreal, at age 98, he will remain a design pioneer to kept a sharp eye on the universe to which he devoted himself so intensely. 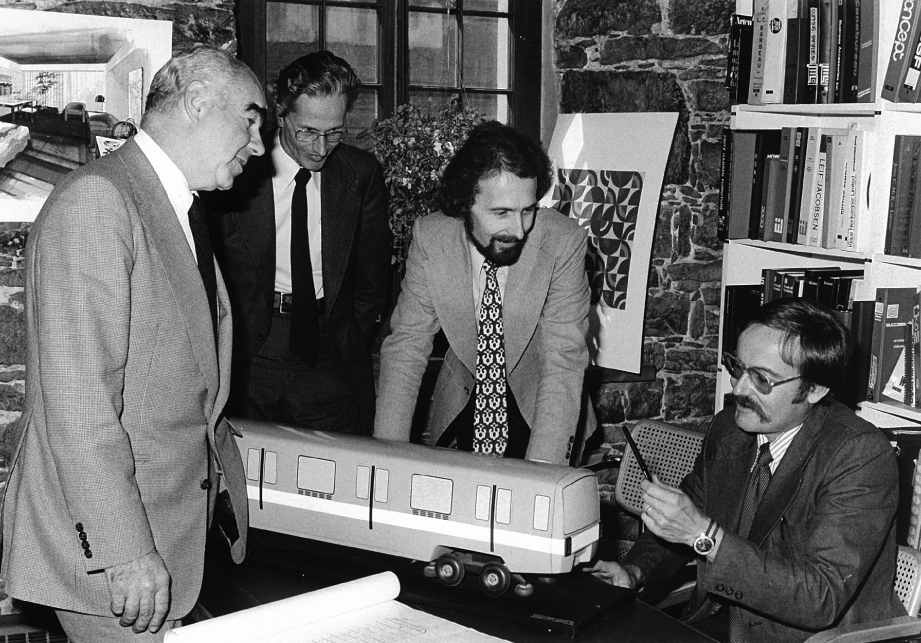 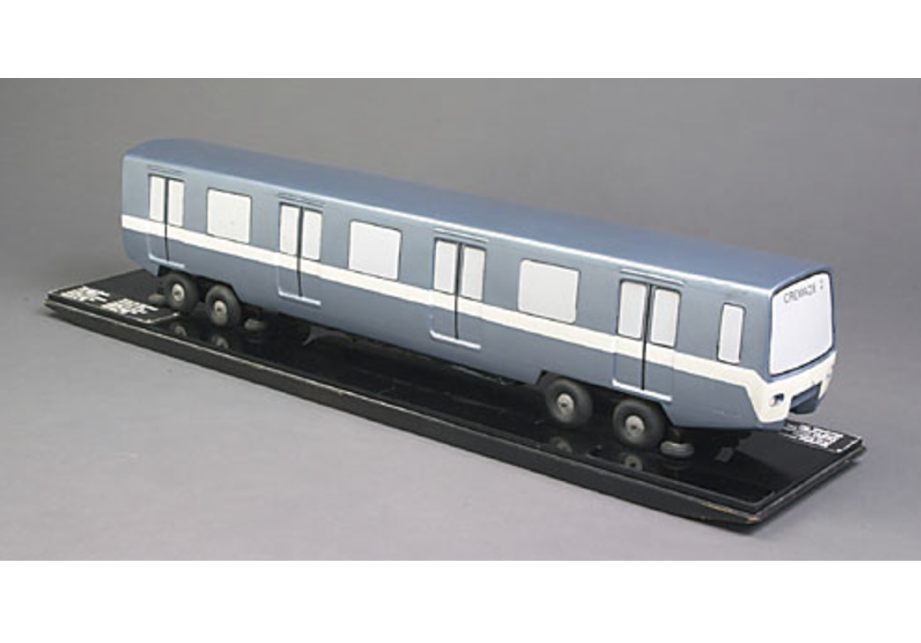 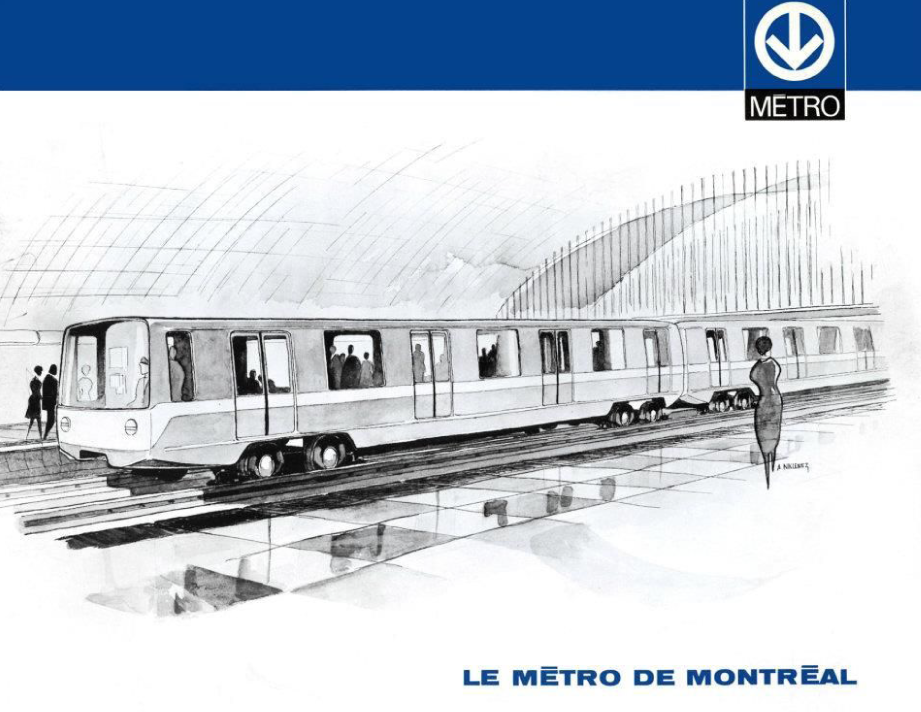 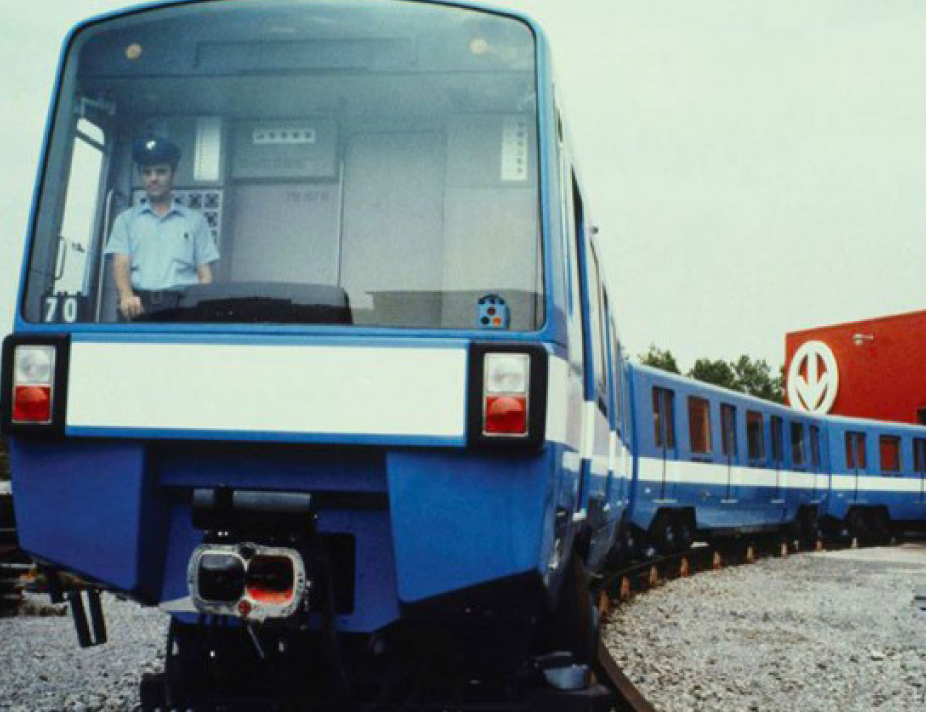 At the time, French engineers had been hired by the city to design the wagon’s terms of service. Naturally, there was an assumption that the wagons would be built in France. Until that is that Jacques Guillon brought forth the idea of curving the wagons to increase space in the passenger compartment.

The design concept no longer exclusively French, local firms were better able to tender for the project. This resulted in the manufacturing occurring here, in Québec, which ultimately contributed to an entire industry’s upswing.

Back then, GSM was one of the rare Québec design offices that had the ability to take on such a large project. Eight pavilions were supposed to be designed both by GSM and a firm from Toronto, as well as by other international firms, but Jacques Guillon convinced the managers otherwise. “Let’s find eight Canadian design offices to create these pavilions and let’s encourage them to affiliate with international firms in doing so.” These associations, once again, helped Québec’s design industry develop exceptional creativity. Thanks to Jacques Guillon’s influence, Expo 67 provided local designers and architects with an opportunity to meet with the best international designers and learn from their excellent global experience.

HABITAT 67
Habitat 67 emerged from Moshe Safdie’s university thesis while he studied architecture at McGill. He created something that continues to inspire the whole world today. 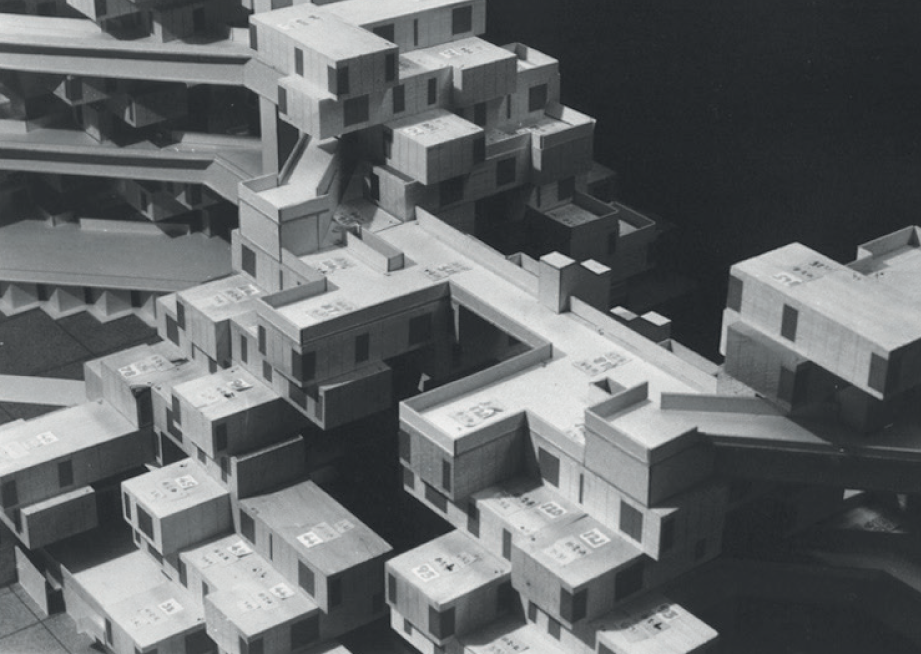 The interior design of Habitat 67’s model units was originally meant to be entrusted to Châtelaine magazine. Here again, Jacques Guillon saw a bigger and better opportunity to seize. He convinced the managers to hire four or five Québec-based furniture manufacturers by associating them with design offices so that together they could create innovative designs and furnishings, thus proving himself a visionary once again.

Guillon’s own firm was involved in some of Habitat 67’s design layouts and furnishings. Well-known designer Michel Dallaire, who had just started his career at the time, contributed to the project as one of Jacques Guillon’s employees. Canadian Homes Magazine-September 1967. Jacques Guillon in one of the Habitat 67 apartments, designed by Michel Dallaire.

THE NYLON CHAIR
It was during his studies at McGill in 1952 that Jacques Guillon created the famous Nylon chair that would remain his professional hallmark and earned him the 1953 Design Merit Award. 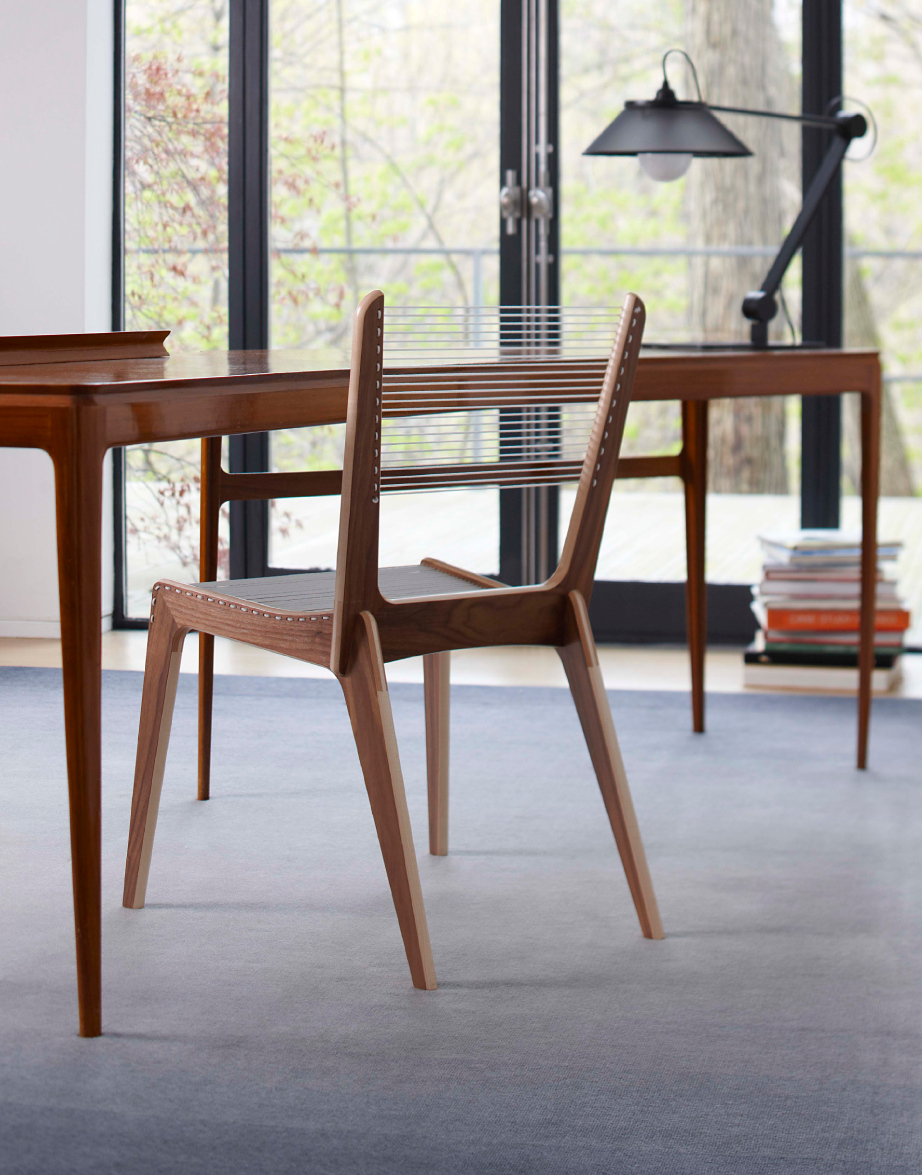 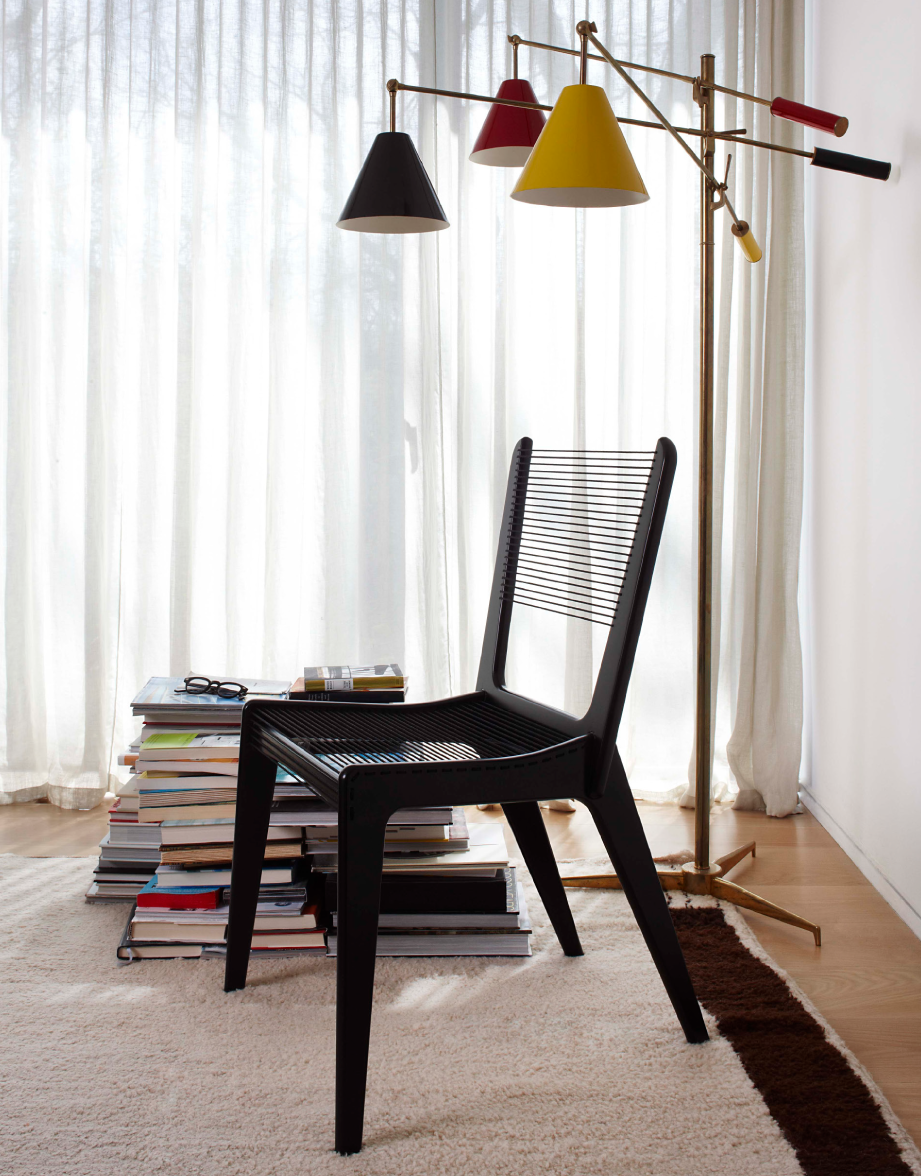 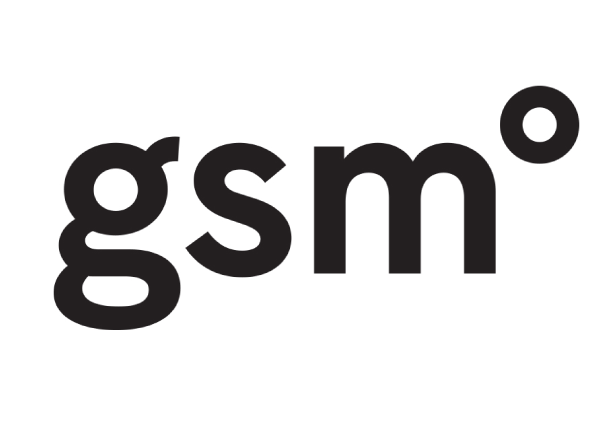 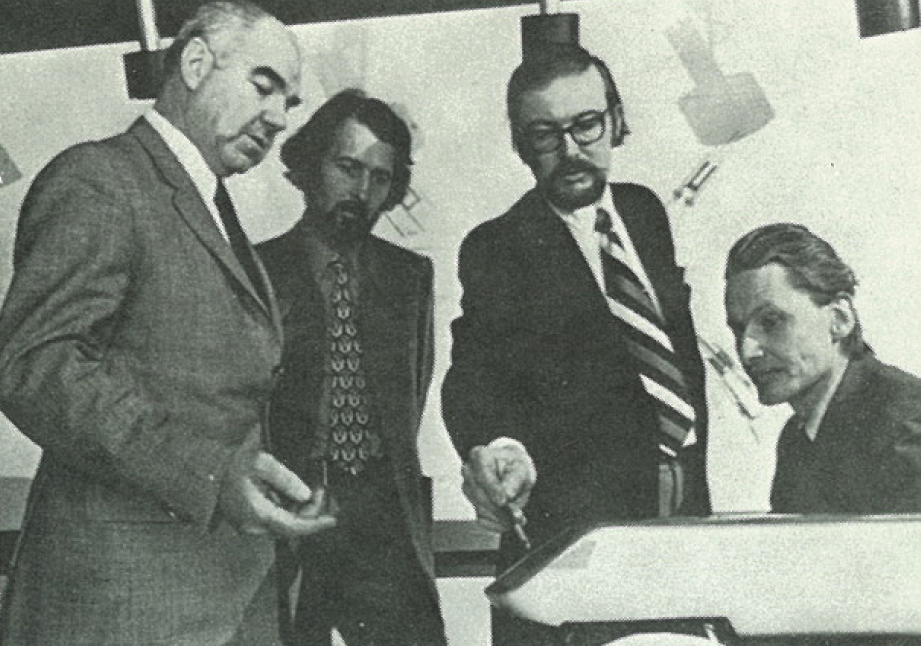 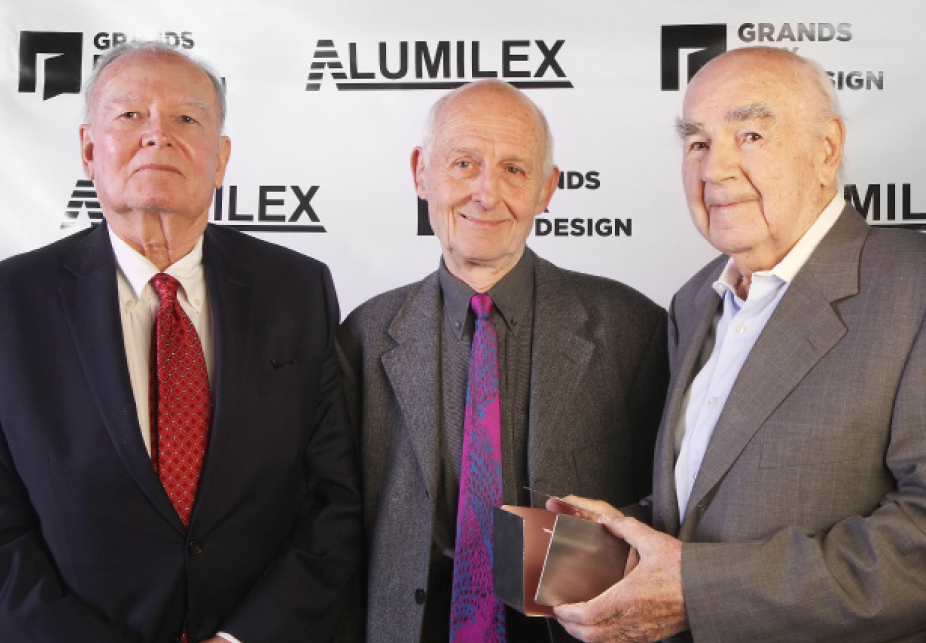 GSM Project, which, over the years, has become one of the largest design firms in Canada, has now reached international stature with satellite offices in Dubai and Singapore. “We are where we are today because you established a solid foundation,” Yves Mayrand, current president of GSM Project often used to tell Guillon.

THEN AND NOW
Jacques Guillon used to proudly sport the decorations he earned in the Canadian Airforce during the Second World War. This valiant defender of Québec multidisciplinary design certainly merited other awards to underscore his immense contributions as a designer, developer and unyielding defender of the profession. 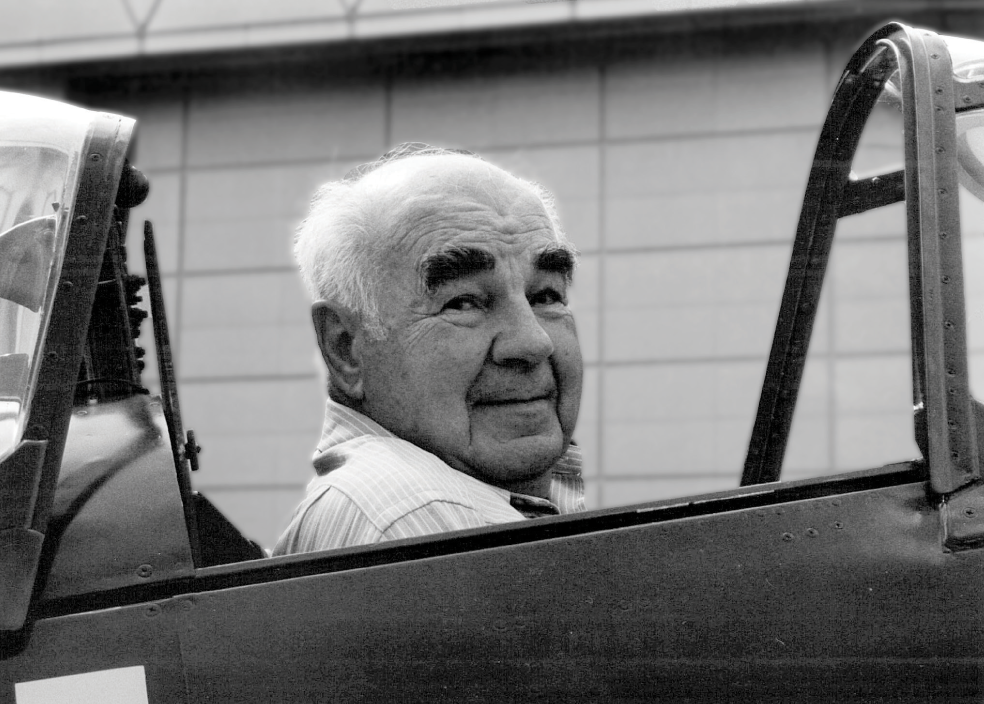 Thank you for the emblematic heritage that has served to define Montreal, then and now…