At the Speed of Light…

If you haven’t heard of Lightspeed or its charismatic, energetic CEO Dax Dasilva, you’ve probably been living under a rock for the past few years! Recognized as one of Canada’s top CEO in 2019, Lightspeed’s founder is a visionary.

After a year highlighted by a successful IPO on the Toronto Stock Exchange, Lightspeed Founder and CEO Dax Dasilva was named Innovator of the Year by The Globe and Mail’s Report on Business as part of its annual CEO of the Year award feature, embodying the best of Canadian corporate leadership, innovation, vision and responsibility.

Today, Lightspeed operates in more than 100 countries with 51,000 customer locations on the platform. What started as an on-premise point of sale (POS) business has grown into a complete suite of cloud-based solutions.

The future of Canadian business looks bright, and its Montreal offices look like an Award-of-the-Year inspiring place to work at!

Lightspeed POS now has more than 450 employees at their Montreal office, so it had to maximize the occupancy of the famous Gare Viger by transforming the 10,000 square feet located on levels 5 and 6.

ACDF Architecture focused on enhancing the heritage character of places while creating an architectural journey rich in contrasts and experiences. 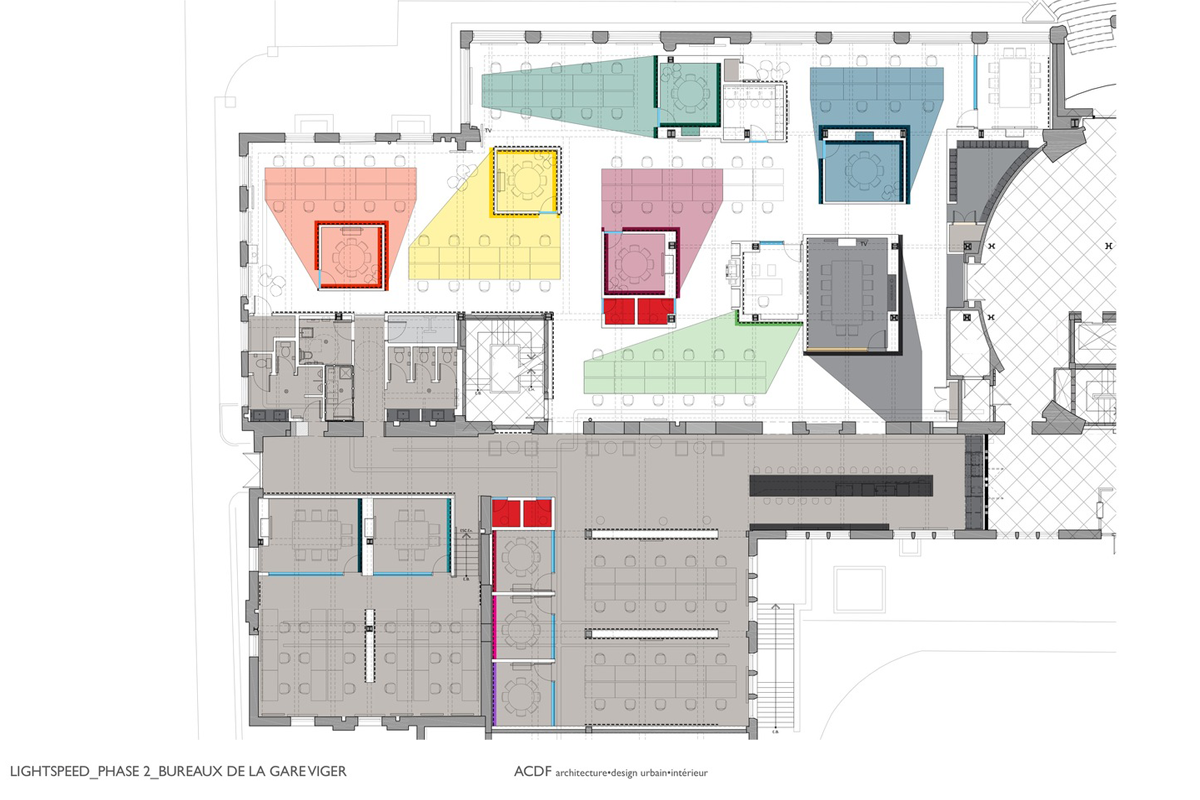 Coming out of the elevators, one is immersed in a dark environment. Through the three boxes of bronze tainted glazing, which delimit the elevator hall from the training room, a subtle game of transparency and reflection takes place. 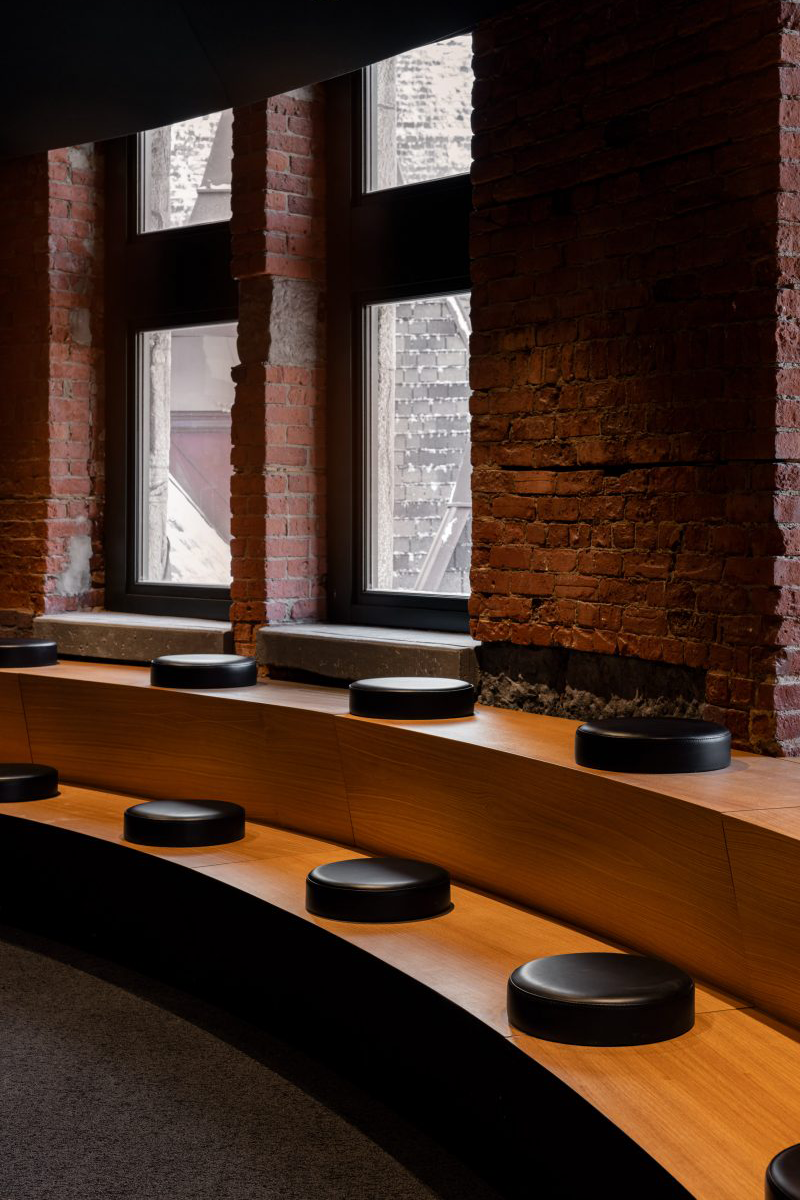 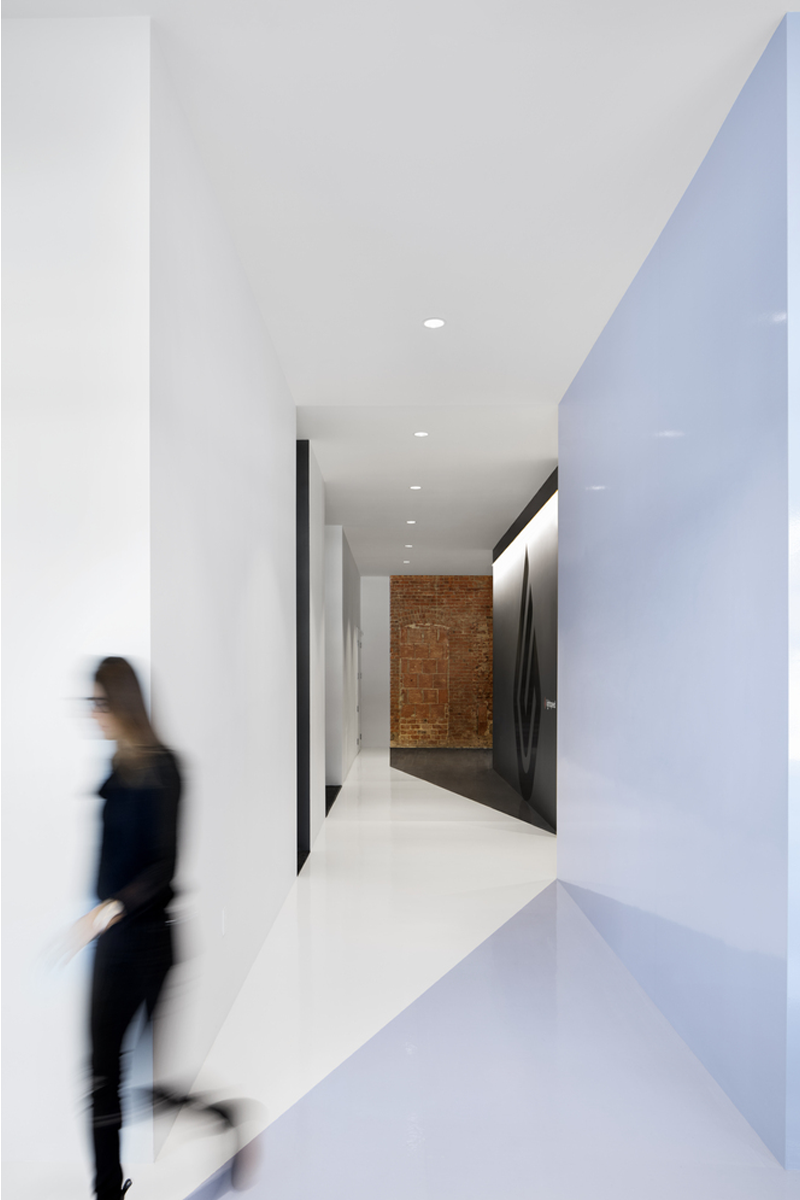 Through a black background, the warm colors of the white oak bleachers and the rich texture of the brick wall that set the semicircular training room, intermingle with the bright white geometric reflections of the East and West corridors, which connect to the working areas.

Through various deformations and narrowing of space, the anamorphic geometry of the white corridors accentuates this idea of passage.

Along these axes are regrouped: meeting rooms, phone booth and services, thus creating unique workspaces at the ends.

An extraordinary place where wooden structures and architectural artefact are literally brought to light, providing a more residential and human atmosphere to all employees. 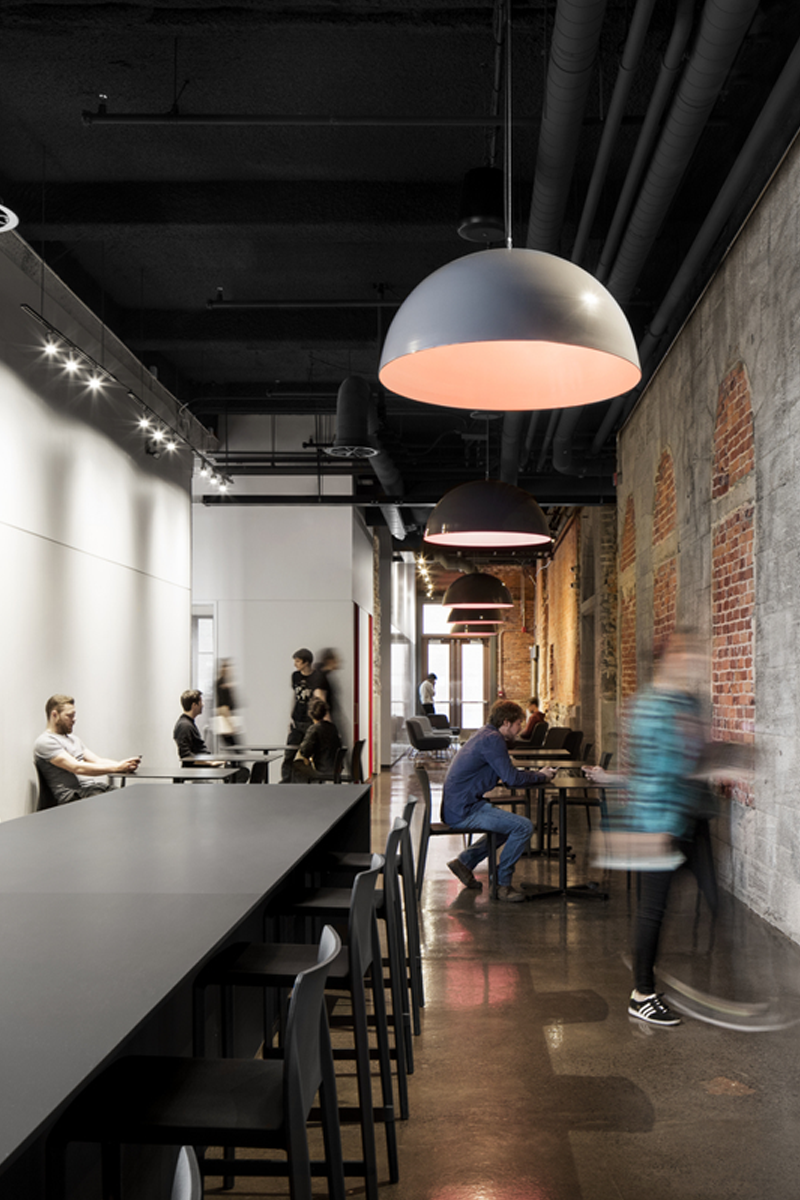 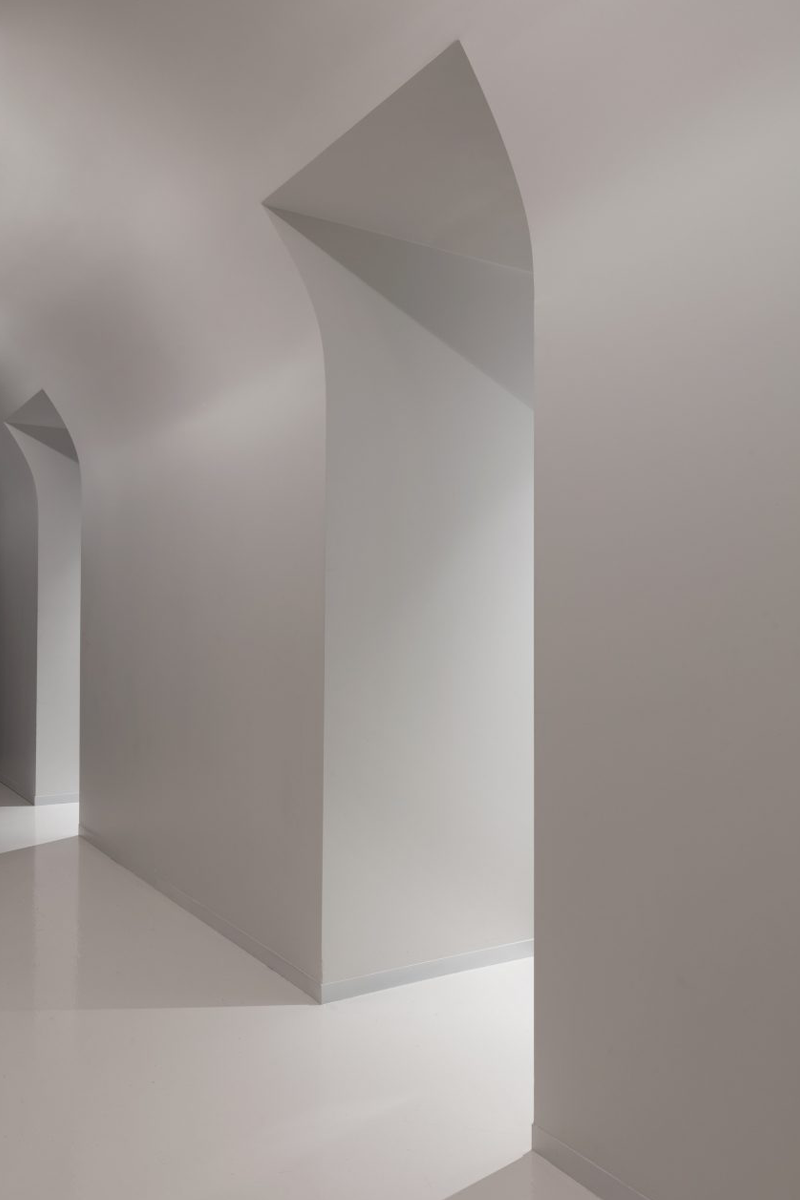 The GRANDS PRIX DU DESIGN International Jury was charmed by this extraordinary place where the wooden frames and partitions as well as the architectural artefacts are literally brought to light, offering a more residential atmosphere and a more human workplace to all employees. Bravo!

Jury’s Kudo “The sense of tension that resides in the fusion of recycled and raw materials and elegant softer surfaces and elements create strong lasting emotions and impressions!”

“The high contrast in colour materiality and lighting is incredibly effective. The warm ambiance merges heritage and modernity brilliantly!” 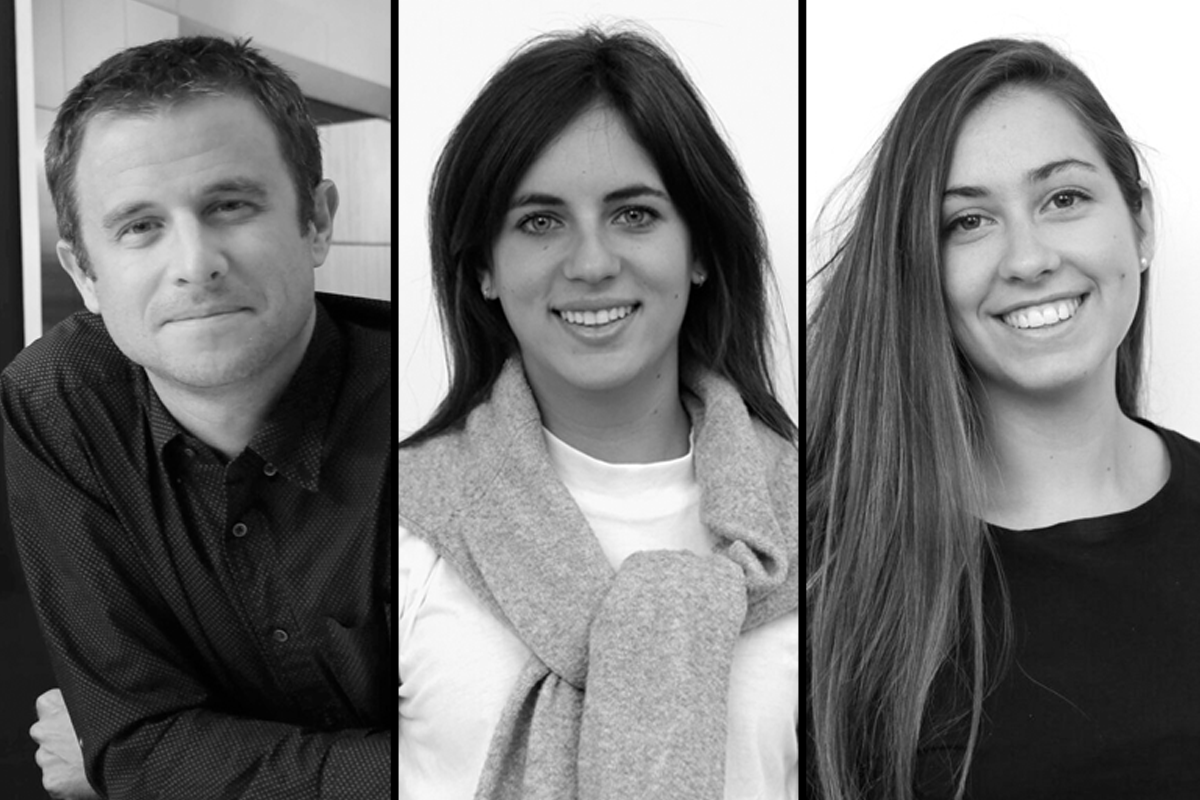 With its creative energy and its broad expertise, ACDF designs inspiring spaces in which North American pragmatism meets European flamboyance. Every creation is a careful response to the project’s objectives and constraints in order to mobilize the full potential of the site and its surroundings. ACDF uses a clear and bold language that highlights the project’s key design principles with sophisticated detailing and materials.