Landscape architect Claude Cormier has more than a few awarded public space embellishment and landscape architecture project to his credit. Named Personality of the Week by La Presse in 2007, he has been reinventing and rethinking urban space for ages!

INTÉRIEURS met him in 2008 for the Smoked Meat interview of its 42nd edition. Read the updated version of the interview, here.

NEW SHINE TO AN OLD GEM

The north portion of Dorchester Square has been beautified and revitalized by the ingenious intervention of Claude Cormier et Associés. 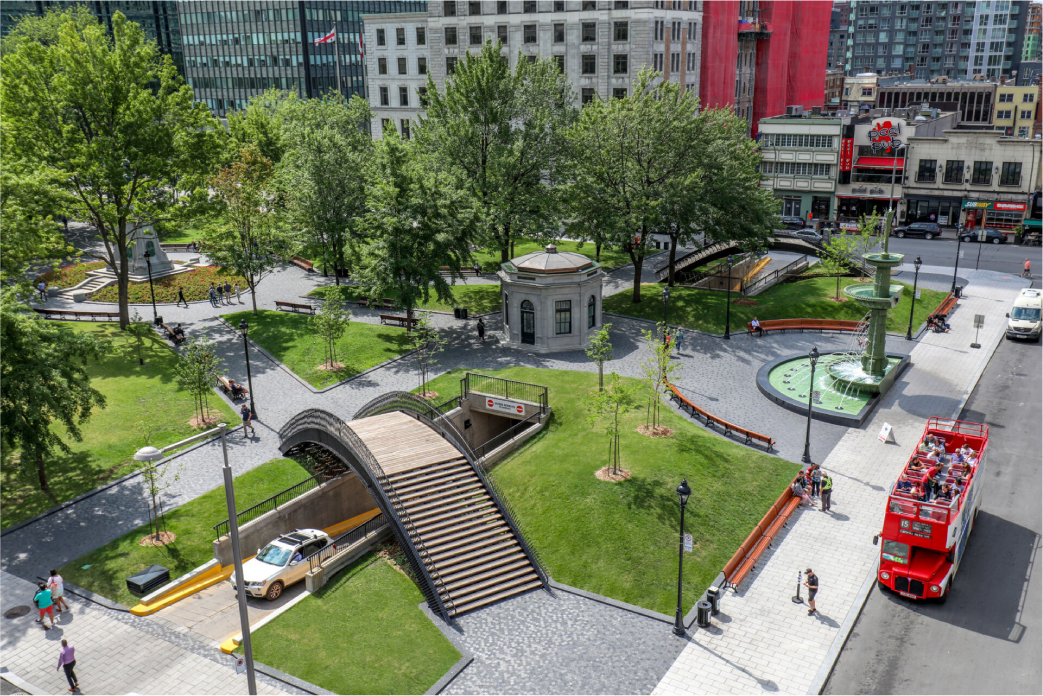 In the mid-1950s, the square had some of its surface area amputated to make way for the construction of an under- ground parking lot and a road. These same elements guided the landscape architect’s design, resulting in a Victorian-style truncated fountain and two curved footbridges that make it possible to bypass the access points to the parking lot. 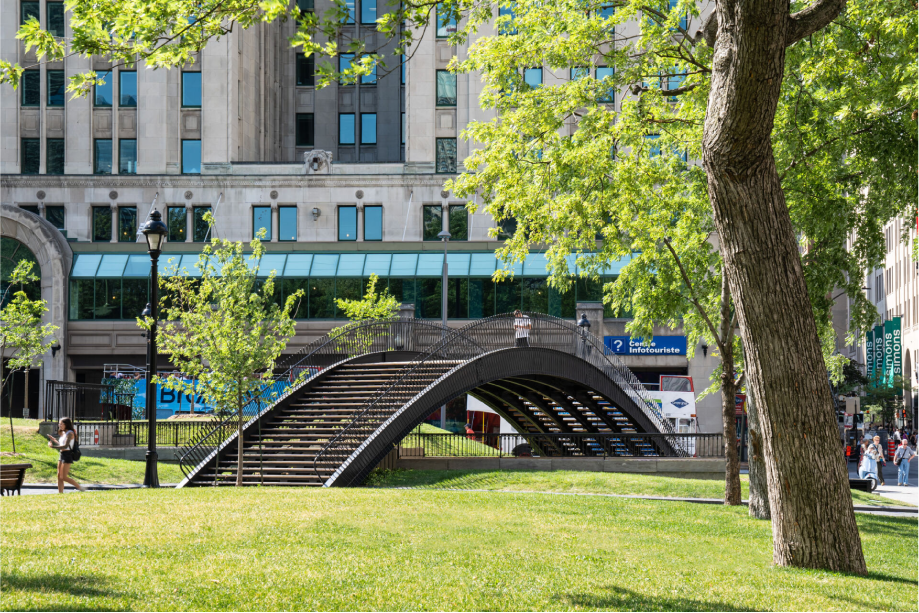 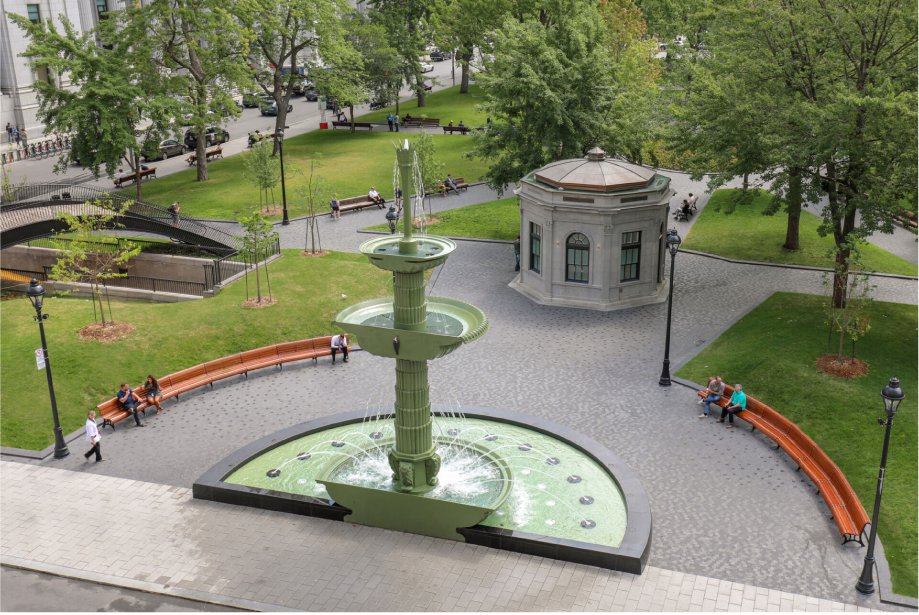 The fountain serves to delineate the space to the north, while the footbridges provide new perspectives, favour circulation and invite people to pause. 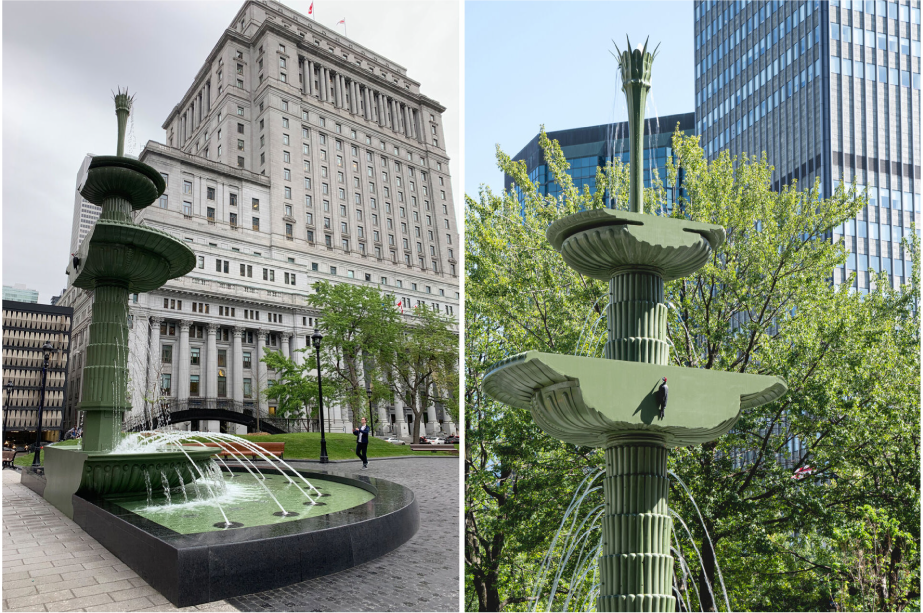 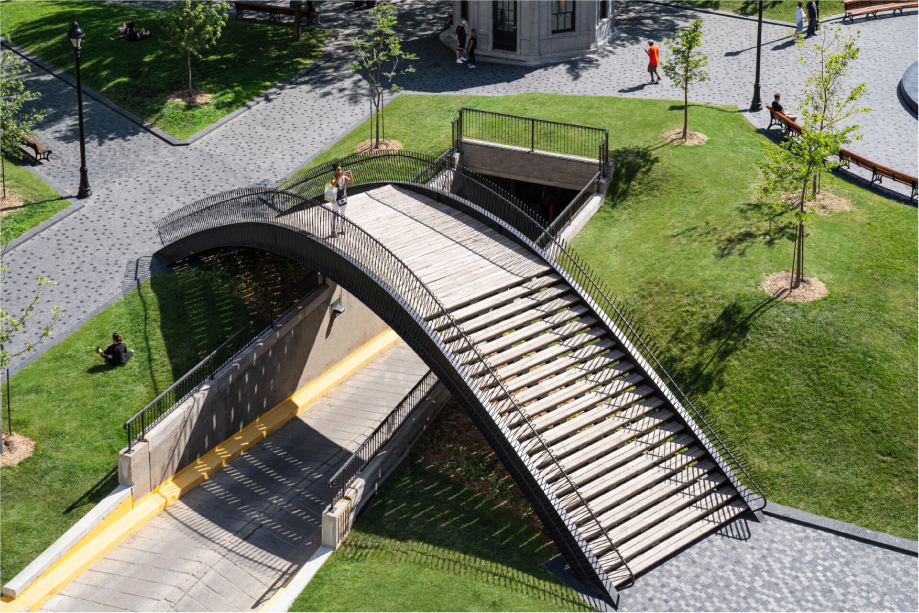 The square has returned to its original cruciform layout while achieving greater proximity to Sainte-Catherine St., whose passersby are lured to the wonderful green space. 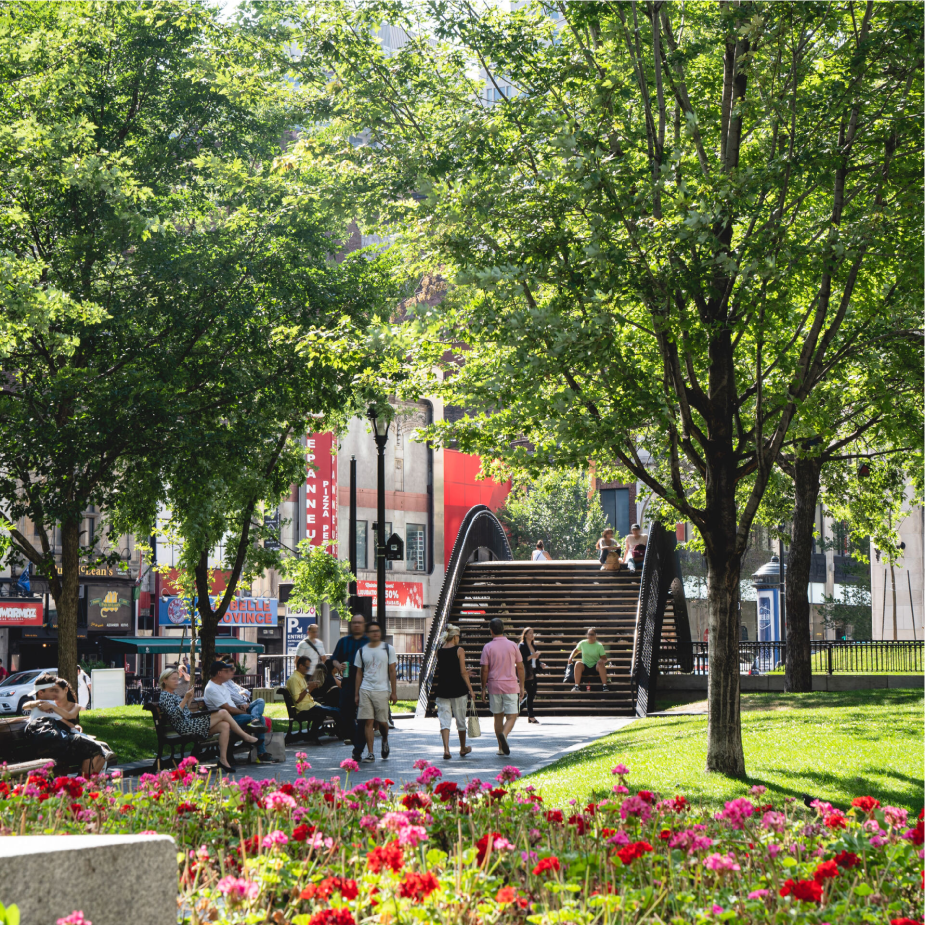 A special nod to the playfulness of the footbridges and the openness they introduce. The project highlights the site’s heritage and constitutes a bold gesture. In short, a re ned intervention that contributes to the square’s revival.

Located in Berczy Park, in the heart of Toronto’s historic district, this Victorian-inspired fountain offers a playful narration through a menagerie of dogs spewing water toward basins. Generating many smiles, the desire to surprise is at the limit of what is feasible in terms of architectural provocation. 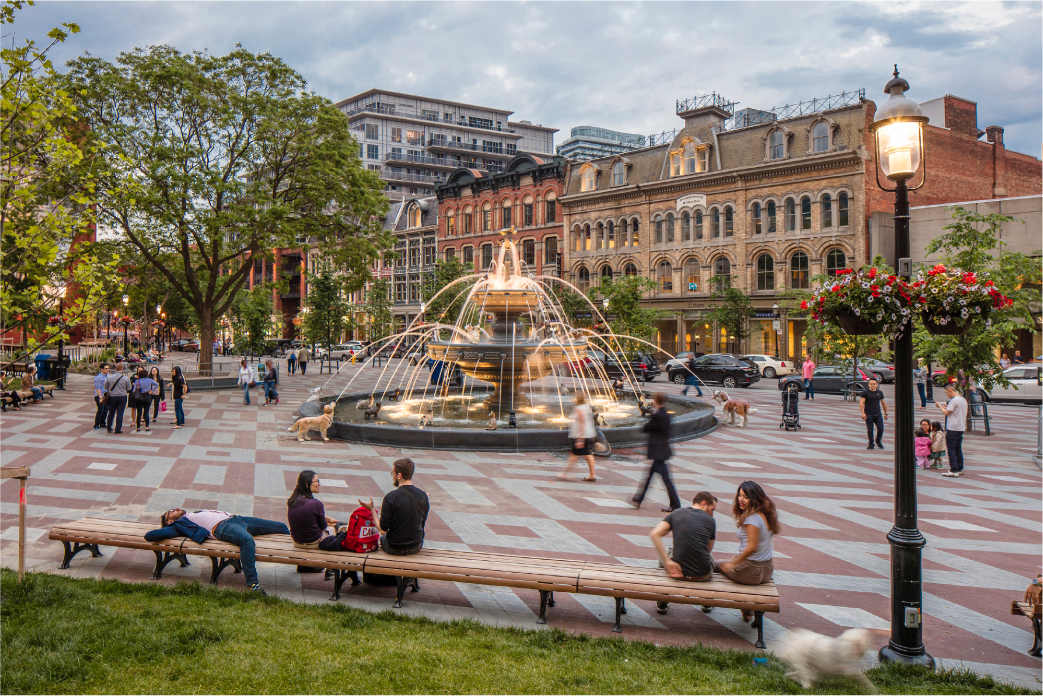 The fountain is a traditional gesture, but the dogs, proposed in a staging that goes into all details, make it a more current gesture. This baroque fountain, almost tacky, arises within the park on a triangular esplanade with a geometric pattern borrowed from the European tradition. 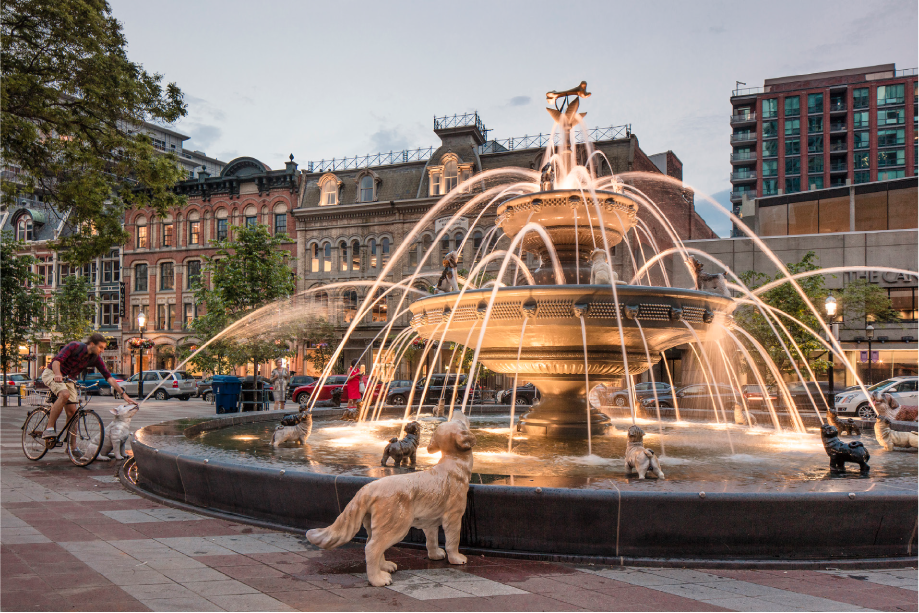 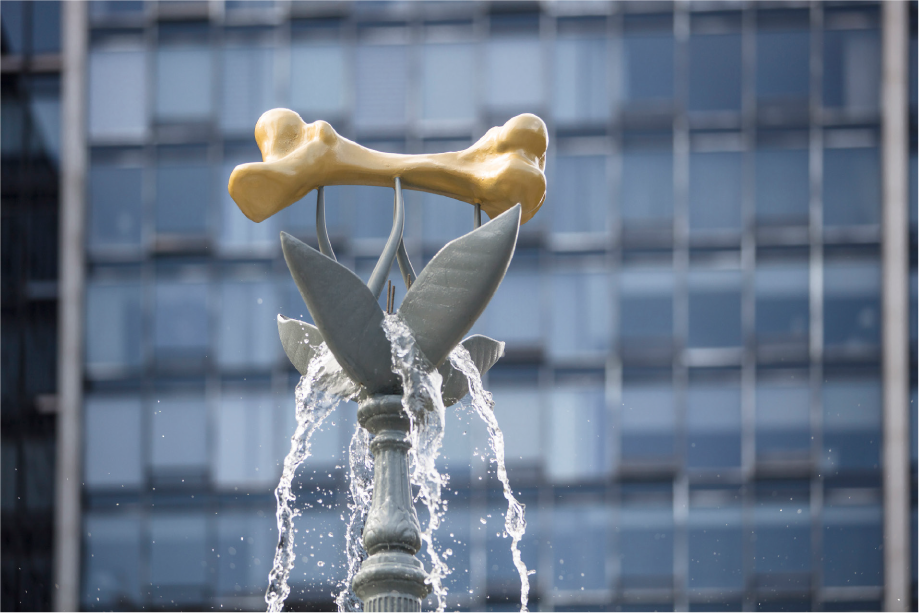 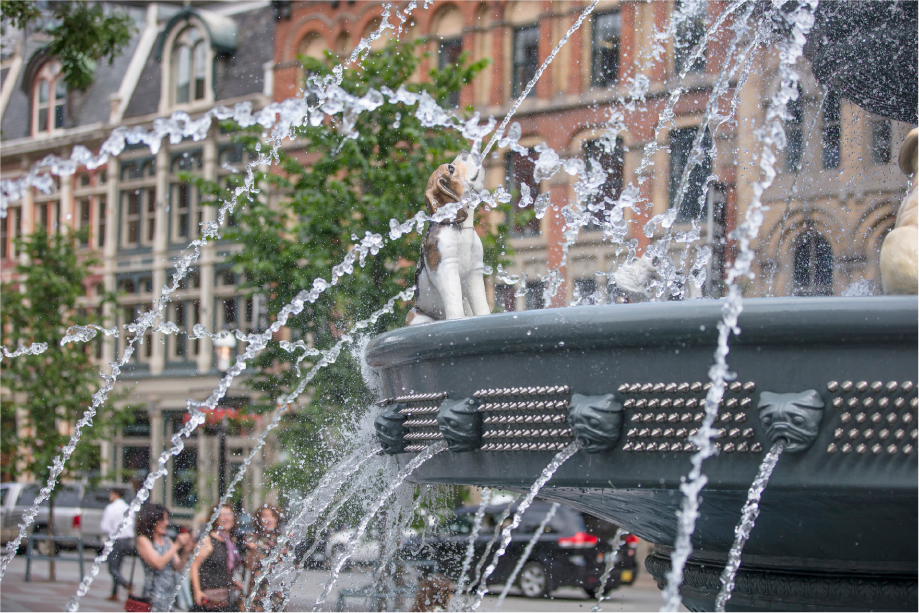 The diagonal alleys exaggerate the park’s impression of grandeur and define the lawn areas, and a perennial garden borders the mural of the iconic Flatiron Building. 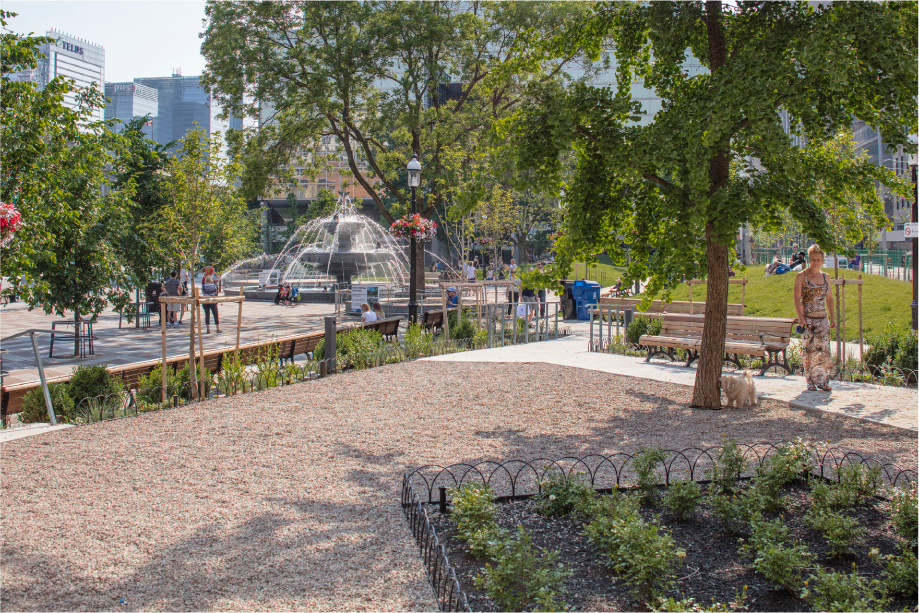 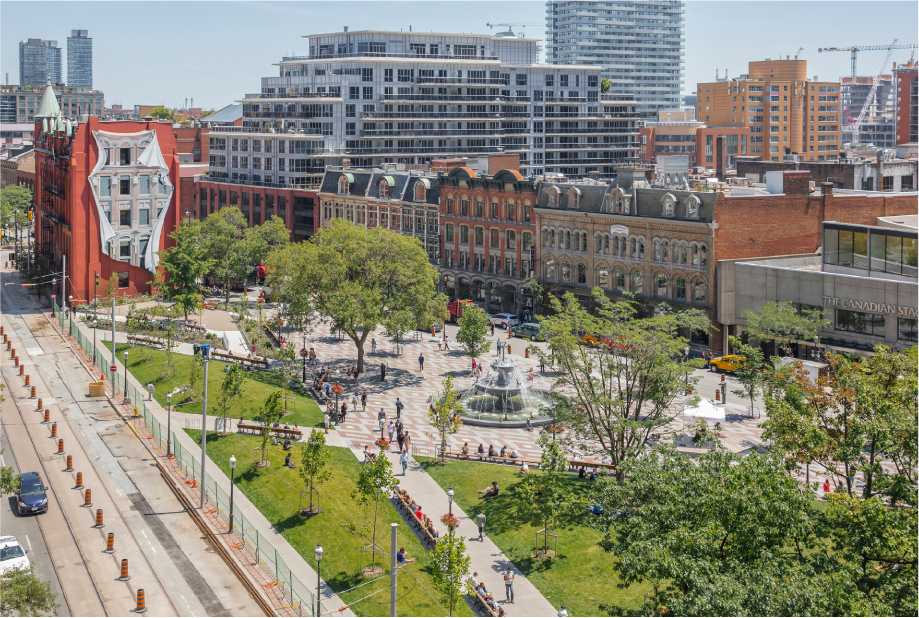 Notice the dialogue between the past and the present, the audacity of the landscape narrative and its urban materiality. The spirit of this creation will mark the location and become inseparable from the specificity of the district. The provocation and insolence of this project is becoming a global statement for the city of Toronto. 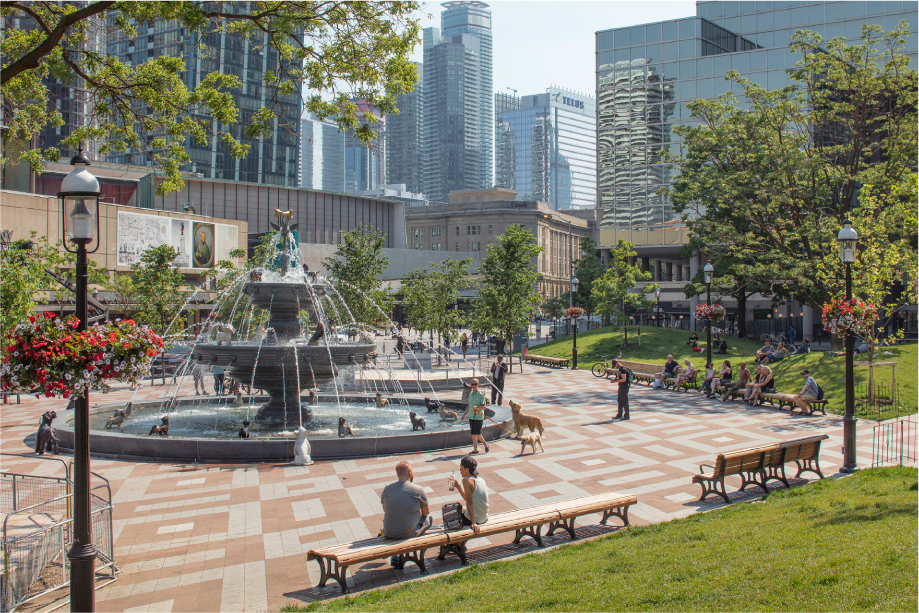 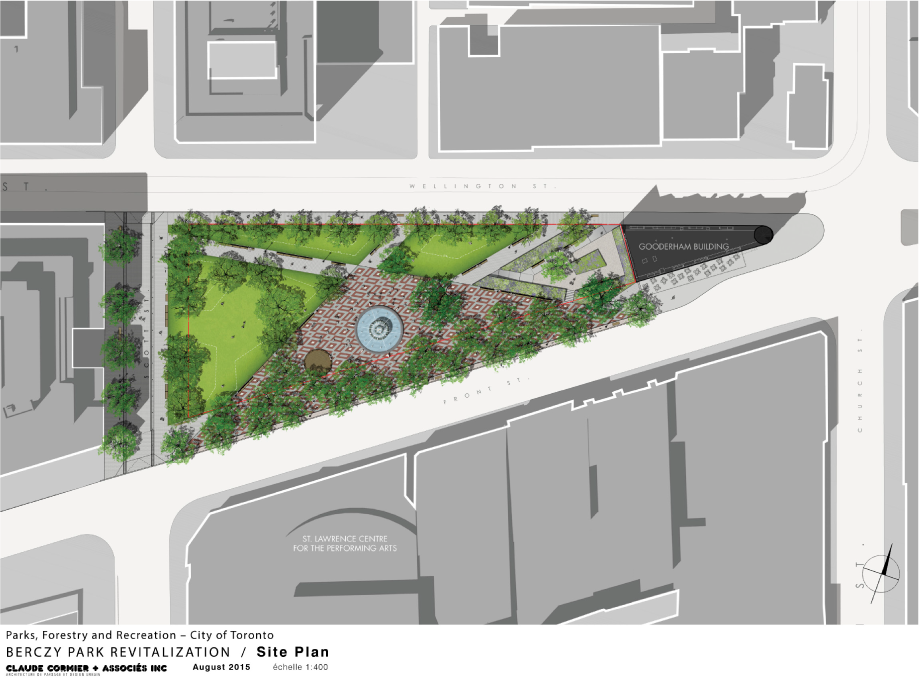