Written by Juli Pisano for INT. design in 2021 and inspired by an article written by Alain Rochereau and published in INTÉRIEURS 42, SPRING 2008.

“ Designing is not giving shape to a more-or-less insignificant product for a more-or-less luxurious industry, rather, it is a way of discussing life ”.
– Ettore Sottsass

A century after Ettore Sottsass’s birth, some fifteen years after his death, the Italian maestro’s name still resonates, his body of work showcased in exhibitions of all kinds and featured amongst the great collections of art museums around the world.

From architecture to anti-design, from drawing to photography, flashbacks on Ettore Sottsass’s journey, a forerunner of a new vision and a philosopher of design like no other… Designer, architect or artist? He defined himself as an architect.

Those who knew him well, saw an artist.

Most of us remember his work as a designer.

Valentine, the red portable typewriter designed for Olivetti and Carlton, created within the Memphis Group … icons. 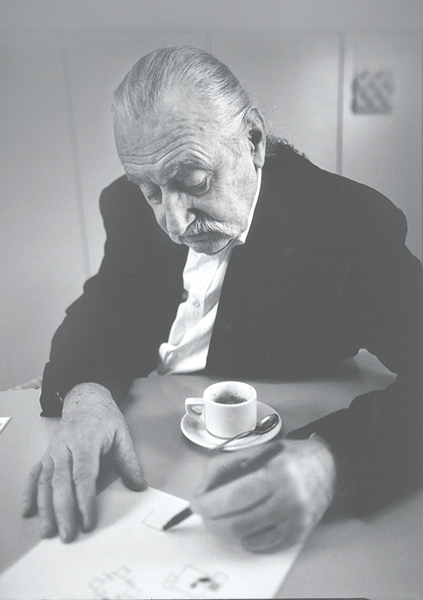 An architect’s son, young Ettore followed in his footsteps, studying architecture before being called upon by the Italian army to be sent to the mountains of Montenegro where he will spend most of the Second World War as a prisoner on a Sarajevo prisoner camp.

Upon his return to home, he will join forces with his father and conceive a few architectural projects in the 1950s. He quickly abandoned architecture and took flight through design, seen by the anti-conformist talent as a means to rethink lifestyle.

In later years, seeking treatment for illness in California in the United States, Ettore will discover pop’art which will be, for him, a true revelation.

In 1958, Sottsass was named Design consultant for the Electronic division of Olivetti. Amongst his functions, he took part in designing the Elea 9003, Italy’s first computer, awarded the Compasso d’Oro award in 1959. In 1969, Perry A. King and Sottsass designed Valentine, the red typewriter considered amongst the most significant designs of the 20th century. Light and transportable in a briefcase fashion, it seduces through its pop art inspired cleverness. Industrial designer and former director of the Industrial Design department of Université de Montréal, Albert Leclerc, who long worked with Ettore Sottsass remembers the designer’s frustration when talking about his experience as an architect: “He used to say to me that once the houses designed were built, he no longer recognized them.” Paradoxically, his furniture designs were always very “architectural”.

Chairs and coat rack from the Synthesis 45 series for Olivetti, 1973, by Ettore Sotsass Source: /www.1stdibs.com/

Dedicating himself to writing and drawing from 1966 to 1974, Sottsass dived back into design and did not limit himself in doing so to designing beautiful furniture pieces. As a militant of consumerism, he used design as a means to rethink society.

“Long before the Memphis Group, at Olivetti, we were all non-Italian young designers surrounding him; this was ground-breaking for the time”, Albert Leclerc remembers.

Within the Memphis Group, Sottsass associated himself with young designers whose work would feature primary colours and highlight destructed lines to create a style like none other. Loyal to this anti-mass-consumerism and design industrialization approach, the pieces created were produced in very limited series and were addressed to an elite clientele seduced not by the quality of service the object provides but rather its aesthetic and conversational value. Named after a Bob Dylan song, the Memphis Group sprang from this desire to produce design furniture that would stand as art pieces in the objective of creating a new type of relationship between man and object. 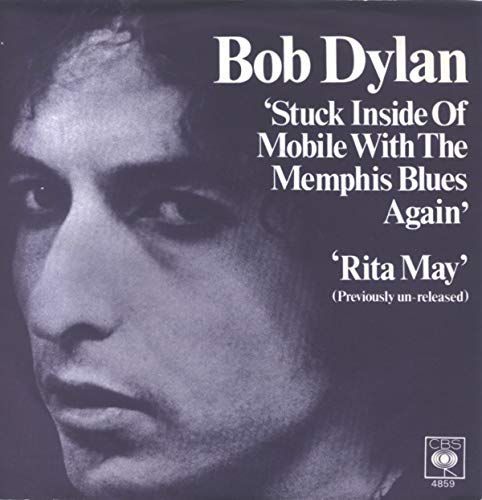 Memphis becomes the experience of maturity:
“In striding through incertitude zones, in initiating a dialogue between metaphor and utopia, in being different, we have accumulated a certain experience. We have become good explorers”.

They presented their pieces at Milan’s Salone del Mobile and draw an instant success. Innovative forms, vibrant colours and non-conventional assembly methods with affordable materials were strong features of the joyous and optimistic Memphis collection. When he came back to architecture in the late 1980s, he gave his houses hybrid and expanded shapes, and the rich colour palette characteristic of the Memphis movement. Sottsass was multitalented. An architect and designer, he was also a painter, a photographer, a ceramist, even a philosopher.
Though he did not de ne himself as an artist, many, notably Albert Leclerc, considered him as such: “He was an artist whose multiform production showed a sensitivity way beyond the mere creation of objects.” The ACME House in Maui by Ettore Sottsass – source : design-milk.com

“Rather than focusing on certain highly publicized periods of his life, one should consider his work’s evolution through time”, says Diane Charbonneau, from the Musée des beaux-arts de Montréal. Indeed, it is the only way to understand the master designer’s contribution.
Sottsass was a lover of life who liked the emerging, the progressive. He surrounded himself with young people and designers from various cultures.

This love of life in the literal sense, the love of movement under all its forms, translated into a true political act: designing for the people’s good. Nonetheless, this aim was never devoid of contradictions.

Sottsass was keen on creating for everyone, but chose to privilege handicraft over mass production, which did not agree with him. His “crazy” objects were met with success in museums worldwide although he always claimed their utilitarian function. Amongst his significant contributions, Telefono Enorme, designed with David M. Kelley for Brondi, is now part of the MOMA collection as many of his drawings as well.

Designboom share a video of the master sharing his vision of serenity. Watch here…

Indeed, there can be little doubt that the major contribution of the master designer is that he deeply transformed our vision of design.

“If practices are intertwined today, it is surely because Ettore Sottsass showed us the way,” comments Maurice Cloutier, Professor at UQÀM’s École de design.