The CaixaForum Seville Cultural Center in Spain, designed by Guillermo Vázquez Consuegra Arquitecto, was built in a space primarily intended for underground parking, of which remained a powerful structural concrete skeleton. 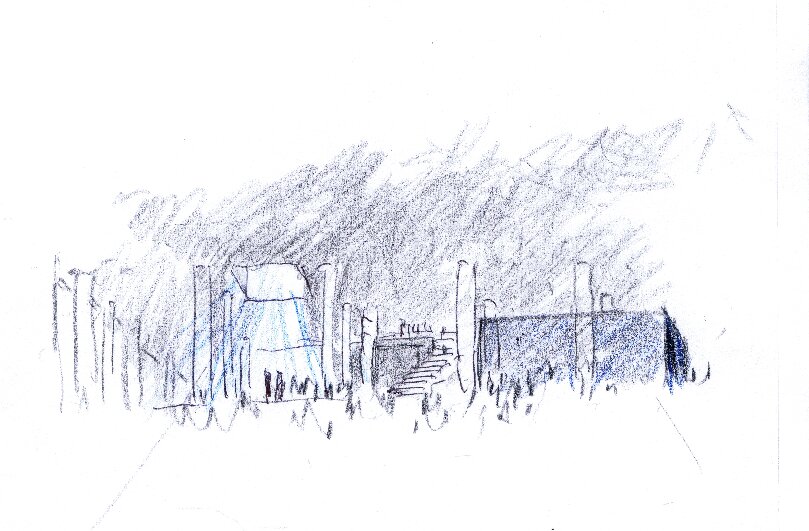 Two worlds unite here via a channel of natural light. The phenomenal project charmed the international jury of the GRANDS PRIX DU DESIGN and won the Award of the Year in Architecture.

CaixaForum is the peaceful coexistence of cultural workshops, two exhibition halls and an auditorium. Guillermo Vázquez Consuegra Arquitecto imagined the superposition of two worlds that come together to create a wonder for the city of Seville. 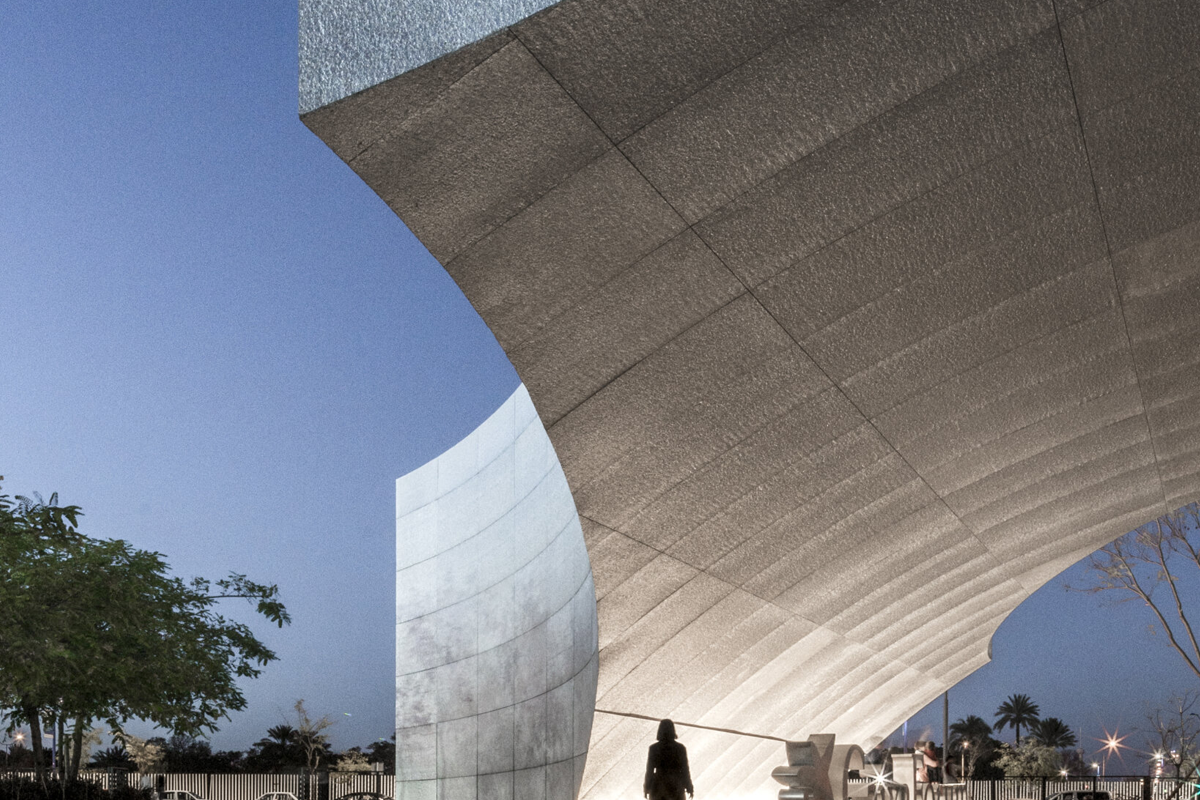 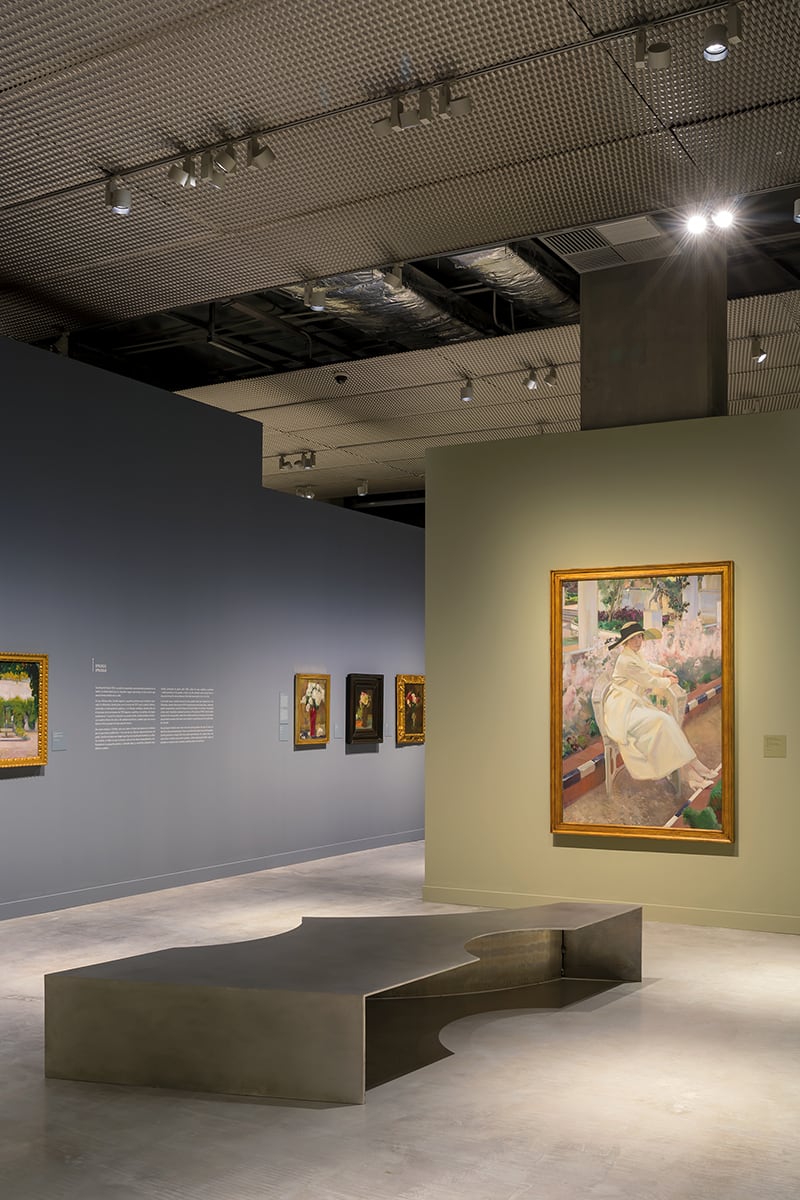 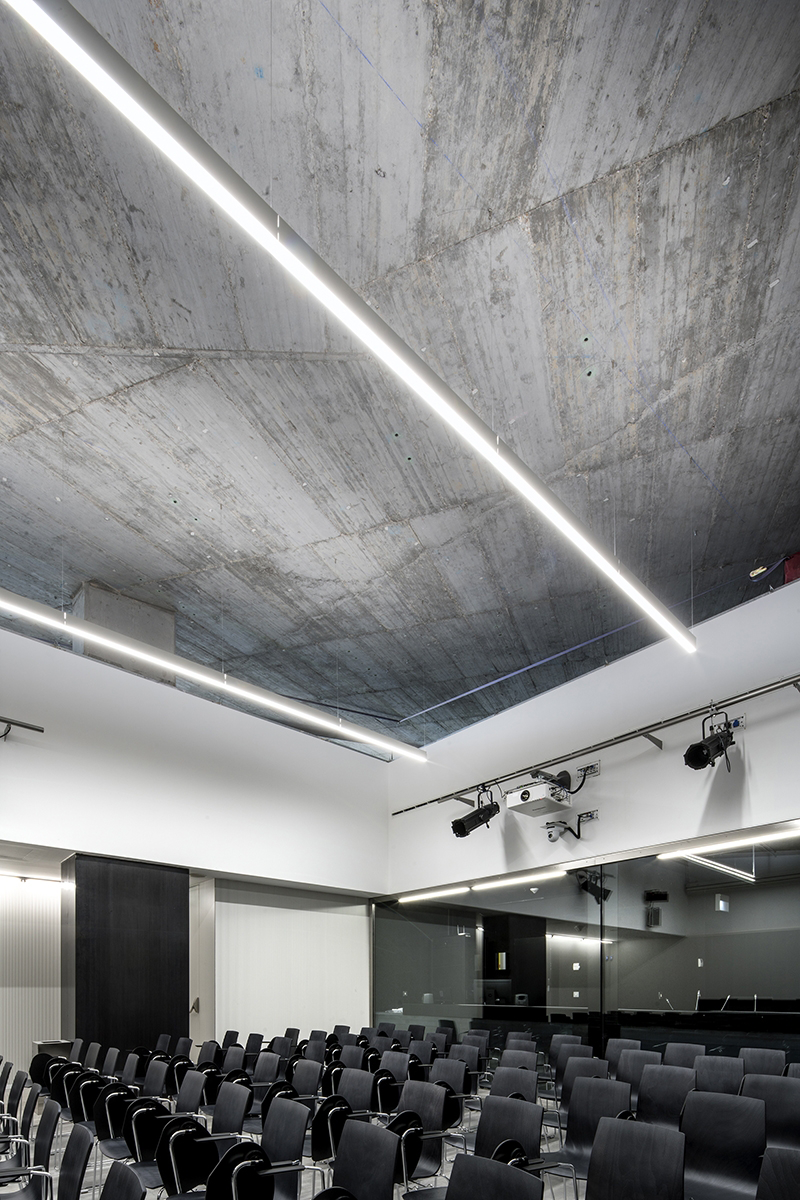 The first, the inner world, is underground and resolved. It presents a Cartesian and orthogonal architecture, made to last forever. The second, the outside world, is represented by a glass roof, answering brilliantly to contemporary sensibilities.

CaixaForum represents the potential of fighting against difficulty, against (pre-existing) constraints. It is built mainly inside a prevailing concrete skeleton that was meant to be an underground parking area.

The project coherently resolves two crucial issues when dealing with existing buildings: accommodating the new uses and making them visible (even being underground). The first issue is approached by placing a set of fairly autonomous volumes inside the given grid, looking for a pacific coexistence: two exhibition rooms, an auditorium and cultural workshops.
These new volumes are accommodated to the available space without being dominated by the existing structure. Visibility is provided by an exterior canopy that covers the access systems and receives all visitors’ flows: a public space, a small covered plaza. 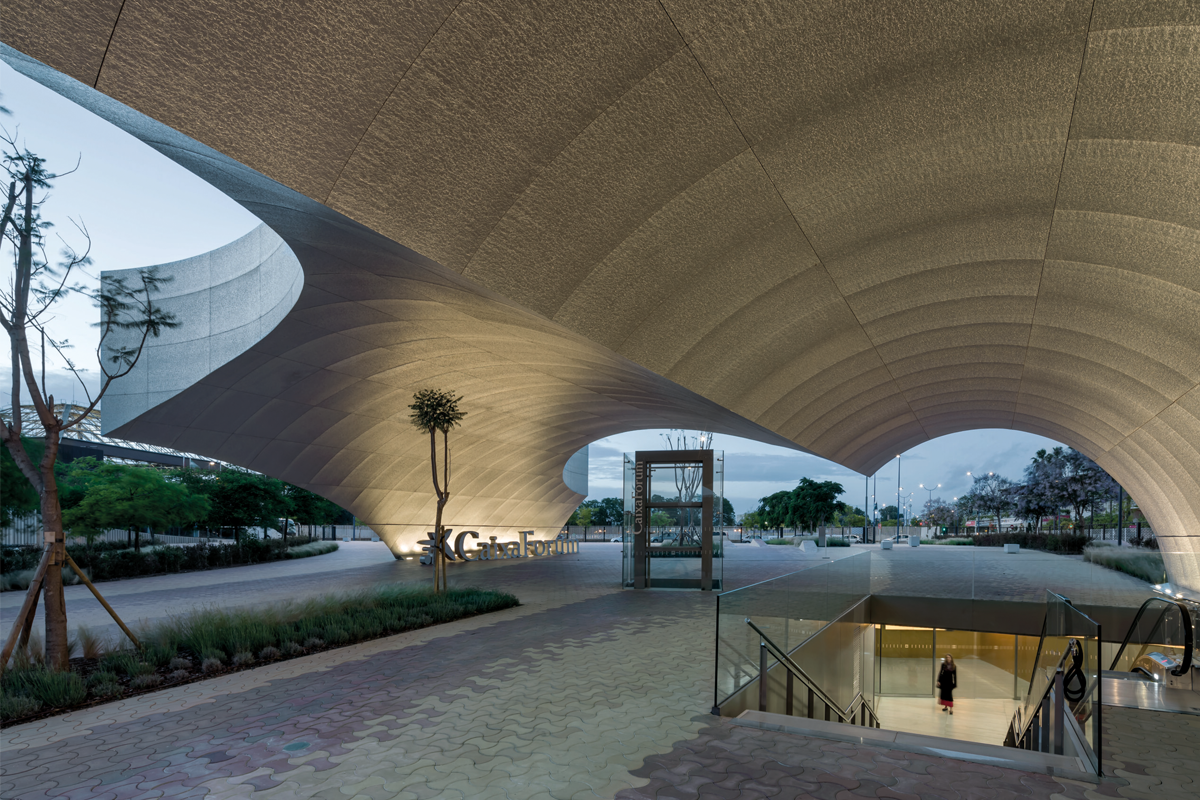 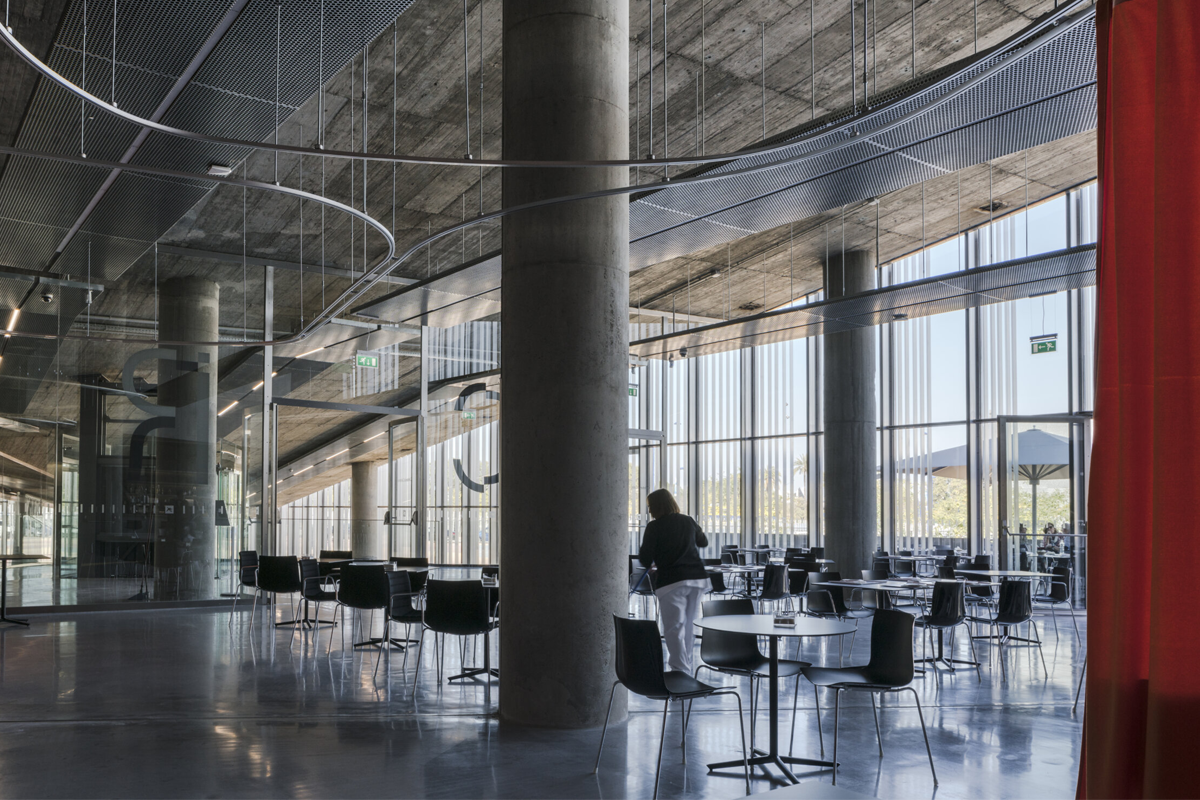 The project conceives the superposition of two worlds: an inner world, excavated, solved with a Cartesian, orthogonal architecture, an architecture made to last forever, to remain.

The exterior world is represented by a canopy that responds to the contingences, to the limitations, to the bonds and constrictions: this architecture gives response to the willingness of an era and to contemporary sensitivity. These two architectural realities are linked by a vertical channel of natural light. The glass roof captures the sun’s rays and leads them to the underground hall through a large well that filters the light through a porous envelope of aluminum foam. Captured from the sky and sifted by a sculptural canopy responding to the rhythm of the surface plantations; light becomes the signal and the threshold of a unique experience. 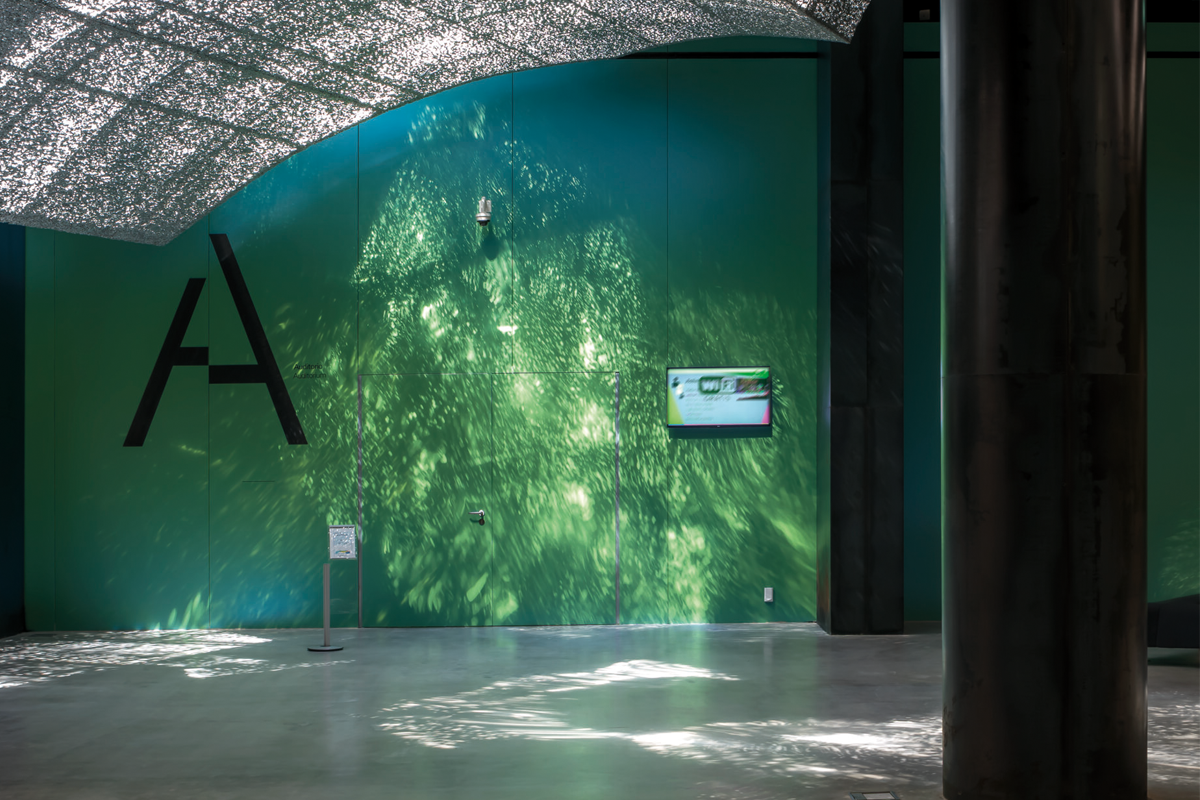 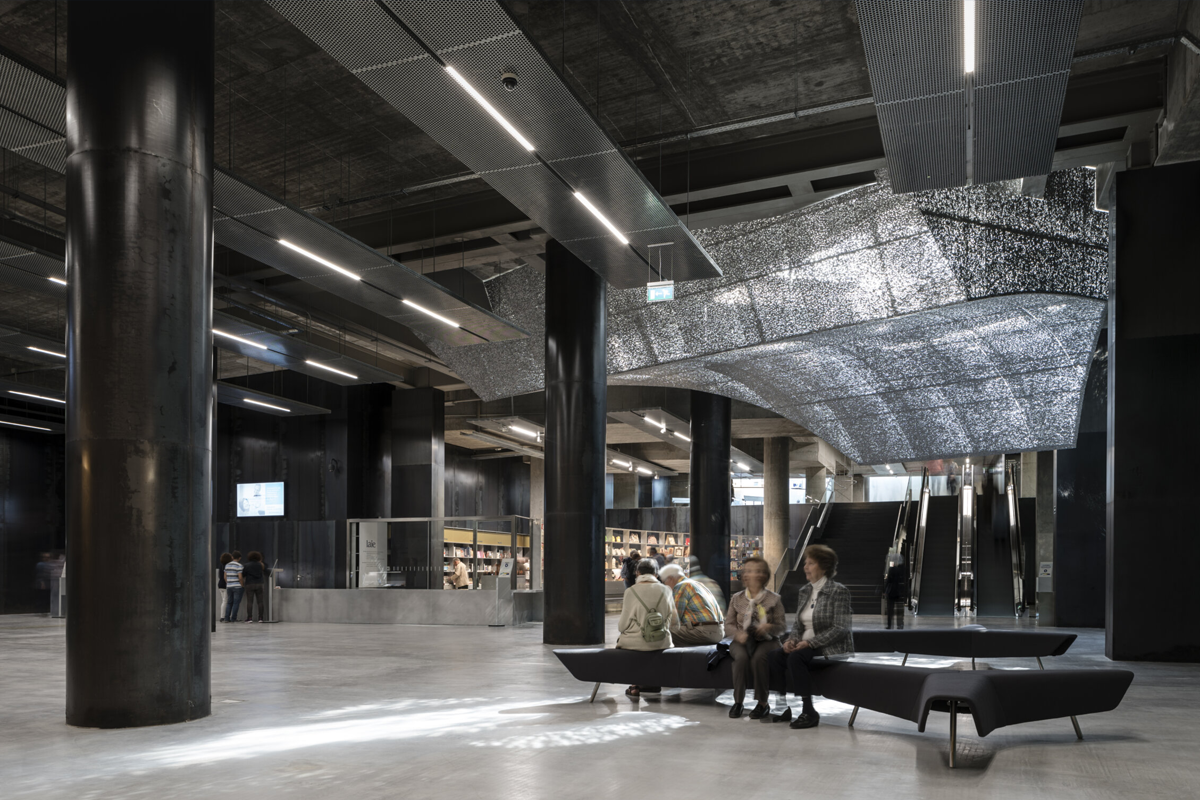 This Award of the Year in Architecture is the embodiment of brilliant urban acupuncture. Here, the basement built for another unrealized building project, on the perimeter of a UNESCO heritage city, required wisdom and control. Mission accomplished with this exemplary project of the CaixaForum socio-cultural center in Seville. A poem…

JURY’S KUDO “The building’s landscape finesse marks the urban gateway to spaces to discover through light. A wonderfully fluid and seamless integration of the architecture to its environment.” 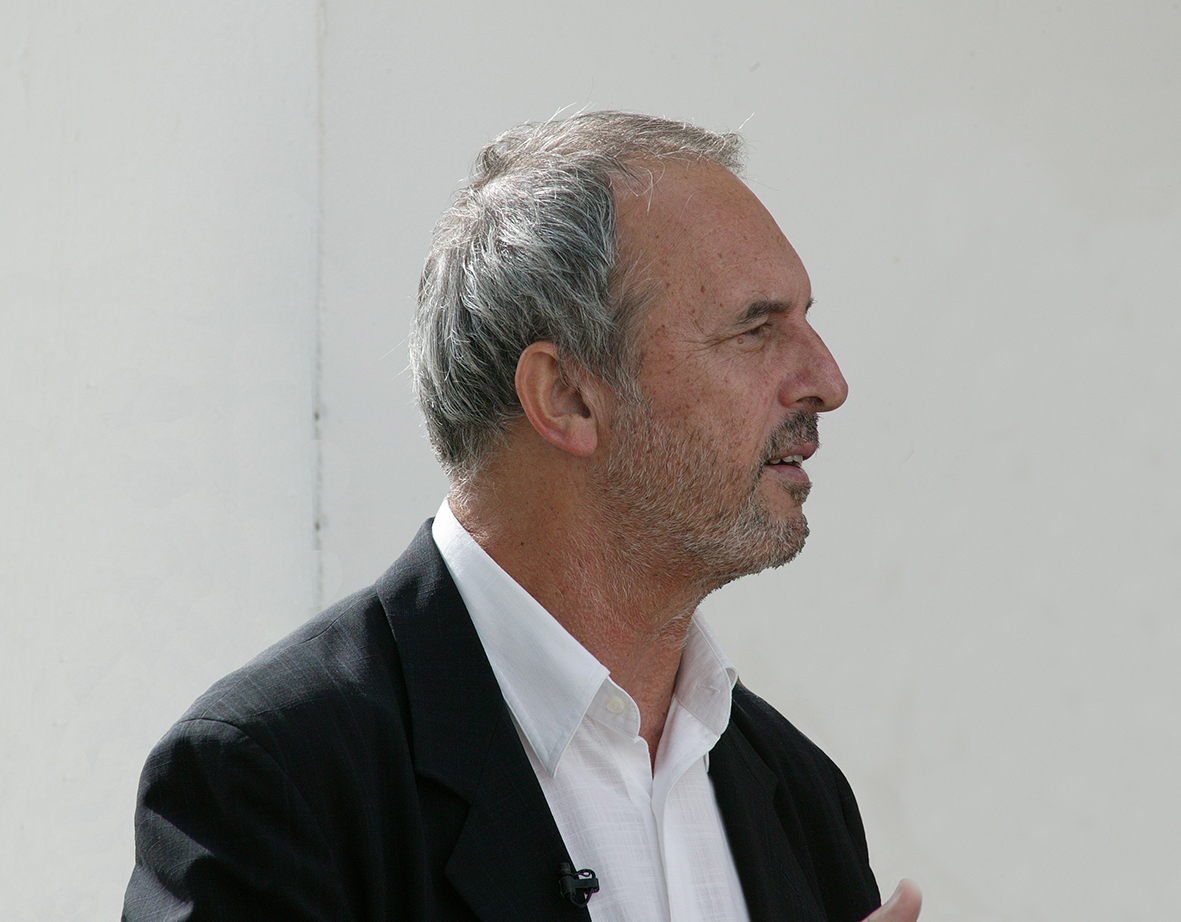 The architect’s reputation precedes him. He has received the Gold Medal of Spanish architecture in 2016; a Spanish Architecture Prize in 2005, an Andalucía Architecture Prize in 2007; an Arpafil Prize (Guadalajara, Mexico) in 2006; a Great Prize of the Buenos Aires international Biennale in 2011, and now a GRANDS PRIX DU DESIGN Award of the Year. He is an honorary member of the American Institute of Architects, AIA 2014.

His most outstanding works are the Cultural Centre Caixaforum in Seville (2017), the Ministry of Foreign Affairs (Luxembourg), Seville’s Congress Centre (2012), several social housing in Madrid (2012), Rota (1998) and Seville (1987). The complete renovation of San Telmo’s Palace in Seville to host the Andalusian region Presidency (2010), the national museum of underwater archaeology in Cartagena, Spain (2008), the townhall of Tomares, Seville (2008); Vigo’s waterfront (2004), the Illustration museum in Valencia (Spain), the Galata Museum (sea museum) in Genoa, Italy (2001) and the Navigation Pavillion for the 1992 International exhibition, including its renovation and adaptation to new uses in 2011.